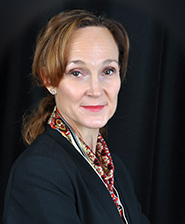 Ms. Susan Kaufmann Nash is currently a practicing attorney in Abu Dhabi. She acts as an arbitrator before the Dubai International Arbitration Centre, and she advises private clients on issues such as business contracts, employment contracts and compliance with employment law, intellectual property licensing and transfers, and real estate leases.

Ms. Nash is a member of the Bars of the State of New York and the District of Columbia, USA, and she is admitted to practice before multiple federal courts throughout the United States. She is also a Member of the Chartered Institute of Arbitrators.

Prior to her legal career, Ms. Nash was a professional ballerina. She trained at George Balanchine’s School of American Ballet and danced with the Los Angeles Ballet Company, the Pacific Northwest Ballet Company, and the Ft. Worth-Dallas Ballet Company. She also performed in The Phantom of the Opera in Basel, Switzerland.

Ms. Nash has lived in the UAE since 2008, and she is pleased to have the opportunity to serve on the AUS Board of Trustees and contribute to the country that has been her home for so long.