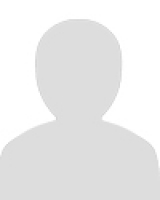 Includes documentary theory and production, film theory, with a focus on trauma caused through genocide and violence. An additional focus for research is the examination ofcultural change among women, indigenous cultures and migrants worldwide.

Susan Smith's areas of research and teaching interests are documenting indigenous cultures undergoing change, and examining cultural identity among UAE expatriates. She has worked as an independent documentary maker for more than 20 years, producing television programs for PBS and advocacy videos for non-profit organizations and private agencies around the globe.