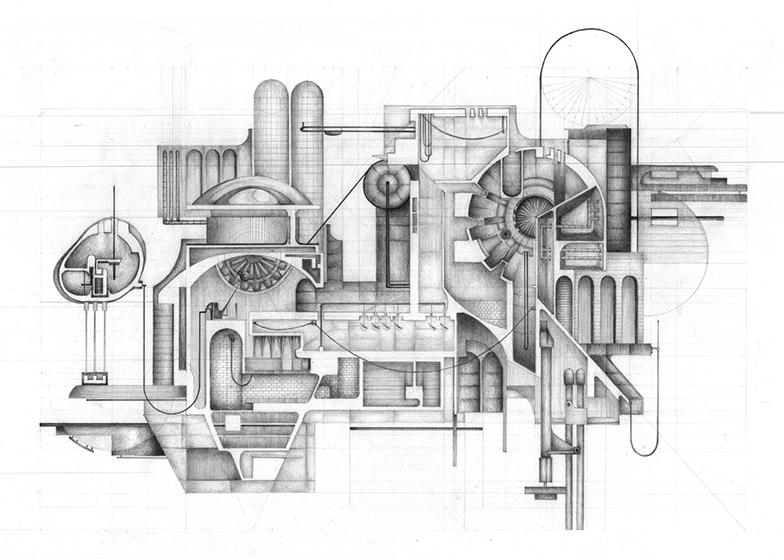 A drawing by Nada Al Mulla, a 2017 graduate of the Bachelor of Architecture program at the College of Architecture, Art and Design (CAAD), American University of Sharjah (AUS), is one of “The 80 Best Architecture Drawings of 2017 (So Far)” selected by popular website ArchDaily. The drawing was created in a directed study course called Abstract_Esoteric Tectonics that Al Mulla took in Spring 2017 with George Katodrytis, Professor of Architecture. In that course, Al Mulla constructed a series of drawings inspired by dismantled machine components found in Sharjah’s industrial areas.

The ArchDaily collection was selected from more than 1,200 drawings submitted by readers from across the globe, ranging from “atmospheric perspectives to interpretive sketches to highly-technical sections.” The ArchDaily team selected 80 of these submissions organized into seven categories: visualizations, axonometric-isometric, sections, collages, context, sketches and plans. Al Mulla’s drawing was in the sketches category.

“This independent study addressed the challenge of architectural representation by looking into the poetics and drawing abandoned objects and machines found in Sharjah. Nada initiated a process of depicting imaginary spaces using hand-crafted techniques and thus challenging the current trend of architecture students to rely solely on the computer as the only tool of drawing architecture.”