College of Arts and Sciences Department of International Studies

Introducing the new Bachelor of Arts in Psychology.

College of Arts and Sciences

International studies students are a part of a vibrant academic community that encourages interaction between students and faculty and boasts a wide range of extracurricular activities.

I am often asked what is the most important benefit students get from the majoring in international studies. My answers depend on who’s asking and include such points as the variety of subjects covered by our courses, the cosmopolitan make-up of the faculty and the range of jobs held by our graduates. But the single most important aspect of the program is that we teach our students is to think for themselves. Becoming a critical thinker is not easy students are constantly pushed to ask questions about everything, to take nothing at face value and to develop the skills to communicate their ideas to any audience.

International studies students are a part of a vibrant academic community that encourages interaction between students and faculty and boasts a wide range of extracurricular activities. The International Studies Student Association (INSA) hosts end of semester dinners for graduating seniors and sponsors a student conference. A student journal, Syraj, publishes the best student work each year. The department’s most well-known activity is the Model United Nations (MUN) which holds an annual conference each spring that attracts hundreds of participants from around the region. MUN organizers have attended training sessions and participated in other MUN’s both in the region and at the United Nations in New York City.

International studies is a multidisciplinary program combining history, political science, philosophy, anthropology, sociology and psychology that provides students with a broad perspective on the world and gives them the soft skills vital to success in the 21st Century. Students take a wide range of introductory course and a challenging series of upper division classes that include such topics as religion and society, disease and disaster, the European Union, civil society in the Middle East and North Africa, and Fascism and the Populist Right.

For students who want something out of the ordinary, something that takes them unexpected places and makes them look at the world in a new light, international studies is the right choice.

Professor of History and Head of Department 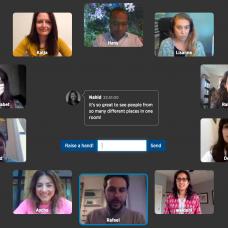 Students from American University of Sharjah (AUS) were awarded first prize in the MENA Prize for Excellence for their active participation and excellent...
Read more 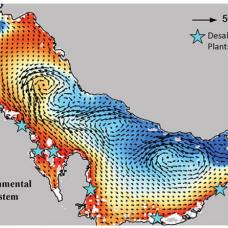 A researcher at American University of Sharjah (AUS) is currently working on developing a Gulf Forecast System to study the climatological conditions and...
Read more

Disinfection strategies against COVID-19 must target the virus as well as hosting amoeba, according to Dr. Naveed Khan and Dr. Ruqaiyyah Siddiqui from the...
Read more 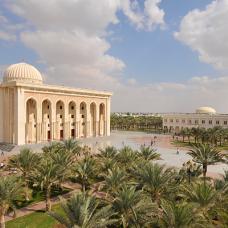 American University of Sharjah (AUS) is set to offer a new PhD program in Materials Science and Engineering (PhD-MSE) that will develop regional expertise and...
Read more 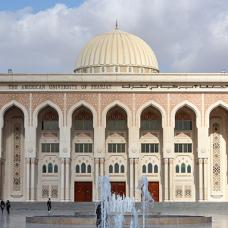 Students from a host of international and national universities, including American University of Sharjah (AUS), presented their papers on climate change at...
Read more 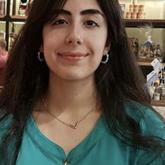 When I first switched my major to international relations, I hadn’t realized that besides taking a completely different path for a career, I would have the opportunity to develop a unique and enticing university experience that would allow me to store memories for the years to come.  Over the course of my freshman year, I had the chance to interact with new people of many different backgrounds through events and conferences organized by the department and its students. Not only were the students that I had met warm and friendly, but also the department itself was always available to guide me whenever I requested assistance or needed it. It felt like I was a part of a new family.

The international relations field of study and the department itself provided me with a platform to broaden my capabilities in research, public speaking and presentation skills through courses provided to us, alongside the ambience of the classroom experience. Moreover, activities and events hosted such as the American University of Sharjah Model United Nations, in which students from various places gather and participate in heated debate over contentious issues, helped me gain a greater fundamental understanding in the art of negotiation and provided me with a path to challenge new limits whilst having a good time.

I have had so far a wonderful experience and I’m excited to store more memories as I progress throughout the rest of my college education. Although I’ve been only been around for a year, the atmosphere allowed me to quickly adapt and hence, feel right at home.

The Department of International Studies is (generally) where students come to fulfill free electives. However, most find that they enjoy the classes they take there, often returning for more. The department provides students a break from their academic schedules, gaining new perspectives and expanding their knowledge. In class, the professors provide students a platform in which they can voice their opinions and engage in an open dialogue. It allows students from different fields a chance to elevate their intellect and broaden the depth of their knowledge. When taking a class in the department, students are left with a more holistic educational experience.

Due to the size of the Department of International Studies, students are able to gain a better academic experience for several reasons. This is partially due to the ability of professors and students to develop more personal relationships. These relationships extend beyond an academic one and allow students and professors to know each other beyond a classroom setting. Professors are given a chance to take a personal interest in each and every student, providing them with the necessary tools to pursue their goals and intellectual passions. The faculty are more than just educators, they are mentors that mold students ensuring that they develop both academically and personally. Whether students take a class or major in the field, they leave having gained something, be it knowledge, friends, a mentor or all three. 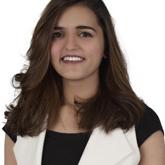 The Department of International Studies has enabled me to think beyond what is merely visible. The program offers courses that enrich critical thinking skills and advances cross-comparative analysis through a variety of disciplines whether it be political, sociological, economic or historical. The department's activities, such as Model UN, Moot Court and the International Studies Association, have fostered a variety of skill-sets for me, ranging from public speaking to leadership and attentiveness to detail. All in all, the international studies program at American University of Sharjah has broadened my horizons both in the theory and application aspects, equipping me with all the necessary knowledge and skills to pursue different interests and a successful career in the real world. 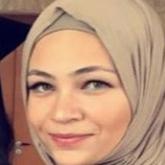 My four years at AUS were incredible and the Department of International Studies (INS) made my university experience all the more worthwhile. From its diverse courses in socioeconomic development to foreign policy and philosophy, to its professors and the overall supportive environment,  the INS department made my years at AUS memorable and enjoyable. The INS department did not only offer me an excellent education, but it further provided me with opportunities where I was able to practically implement what I learned in the classrooms, gain professional experience, and enrich my skills. Such matters not only helped me land internships and jobs, but also allowed me to develop and grow as a well-rounded individual.

During my years in the INS department, I was an active and proud member of the Model United Nations (MUN) community. MUN enabled me to discuss and research specific topics of high relevance and importance to today’s world, including environmental and socioeconomic issues. Later on,  I joined the AUS UAE Moot Court team, where alongside my bachelor’s degree in international relations, the department provided me with the opportunity to focus on a field I was extremely passionate about: international law. The Moot Court program was extremely organized and intense to the extent that we INS students stood in courtrooms before some of the world’s best law students and won cases!

I owe most of my success to the INS department. As a result of the excellent education offered by the department and the practical experience I gained, I was able -- though I was merely a junior undergraduate student --  to land training positions in two of the region’s most renowned law firms, complete a DIFC Courts certificate, and publish my first legal article at the mere age of 21. Moreover, during my senior year at AUS, I was able to land the position of Student VP of the International Law Students Association, being the first Middle Easterner to ever hold this position. I am currently completing my post-graduate degree in law in the UK and working as a probono advocate, researcher and translator at organizations that seek to help refugees and immigrants. Once I am done, I aim to return back to the UAE to kick-start my career in any field relating to legal services, international relations or communications. I believe AUS and the INS department properly equipped me for my career. 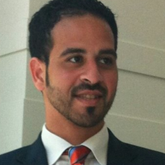 "Take time to enjoy your undergraduate years, make friends, do a minor, get outside your comfort zone.”  Advice given to INS majors by Saud Al Nowais, AUS class of 2006, now Commercial Attaché at the Emirati Embassy in Washington, DC.