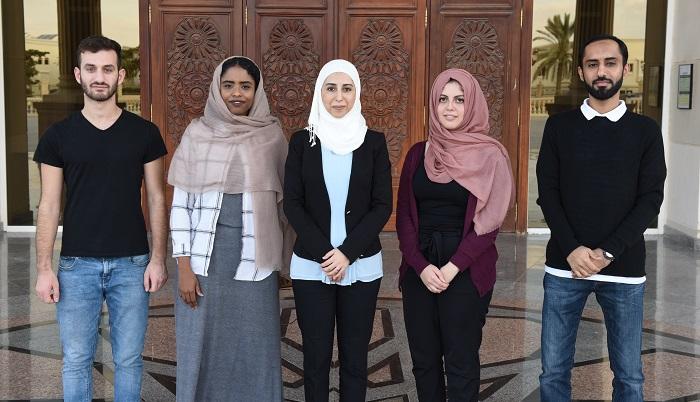 “Micro" refers to the pollutants’ molarity, as they are present in trace concentrations ranging from 1 ng/L to 1 μg/L. Micro-pollutants are also known as ‘emerging contaminants’, as they are compounds that emerged from pharmaceutical, pesticide, textile, and many other industries and compounds. Overall, the diversity and relatively low concentration of micro-pollutants complicate detection and treatment processes.

Considerable amount of dyes is discharged into various water bodies and ecosystems from many industries such as textile, leather, paper, printing, plastic, and food processing. Among the emerging advanced treatment methods, adsorption is generally considered one of the most efficient methods for quickly lowering the concentration of dissolved dyes. The purpose of this project is to examine the adsorption kinetics and thermodynamics of several dyes onto MOFs. In addition, the feasibility of these MOFs as potential adsorbents to remove Methyl Orange (MO) from aqueous solutions will be investigated in batch and continuous setups.

Photocatalysis involves the presence of intermediate semiconductor catalysts that absorb light photons of sufficient energy, greater than or equal to the band gap energy of the semiconductor (hν≥ Eg) which results in production of electrons (ecb-) and holes (hcb+) in the conduction and valence bands as electron-hole pairs 16. Provided that recombination does not occur, electrons and holes that migrate to the semiconductor surface can produce hydroxyl and superoxide radicals that react with and transform organic molecules causing their degradation. The purpose of this research is to investigate the photo-degradation efficiency of number of micro-pollutants and nanoemulsion using batch and oscillatory membrane photocatalytic reactors. (In collaboration with Dr. Hassan Gomaa, Western University Canada.)

In this project, we propose the design, fabrication, and evaluation of the performance of a novel chemical sensor comprising electrically-actuated microbeams. This device is expected to be deployed for real-time monitoring of mercury concentration in marine aquacultures open water. (In collaboration with Dr. Mehdi Ghommem, American University of Sharjah, UAE.)