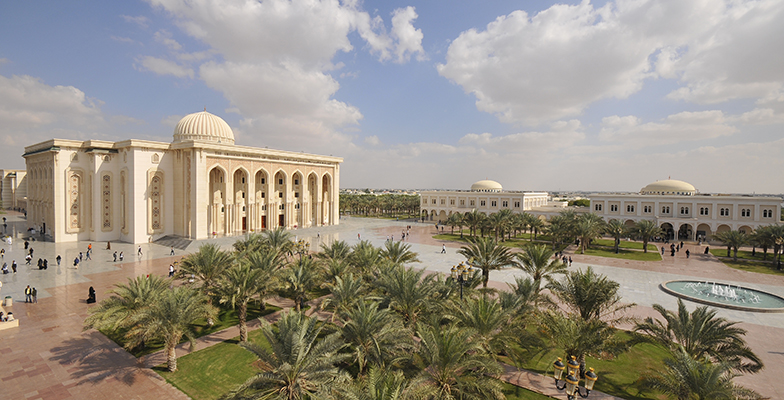 The American University of Sharjahâs Writing Center announced February 24 the winners of its Novel Writing Competition, in which participants were required to submit the first chapter of an original story.

Shiza Khalid won first place for her chapter âEscape,â followed by Azadan Bhagwager for âThe Ghost in the Helpline,â and in third place, Ayesha Siddiqi for âOf Shadows and Flame.â

Shiza is a 19-year-old computer engineering student who occasionally writes short stories when inspiration strikes. She said winning that this competition encouraged her to take writing more seriously and to overcome some of her fears: âI've always had my qualms about sharing my writing with people, but this win might help to dispel some of my anxiety.â

Her winning chapter follows a boy suffering from anxiety who uses an advanced version of escapism to seek refuge from his life.

Third place winner Siddiqi said the competition was a good opportunity to pursue something she is passionate about: âI definitely plan on writing more.â

Her chapter is a psychological thriller following a womanâs thoughts regarding the voices she hears.

Excerpts of the winning chapters will be published in the Writing Centerâs newsletter, Inkblot, and posted on its social media pages.

Writing Center Director Dr. Maria Eleftheriou said that the winners showcased strong writing skills and good character building, and created engaging chapters that âreally hooked us from the beginning.â She said that she and Writing Center tutee Dina Alnajdawi judged the submissions, taking everything into consideration, including creativity and description.

Dr. Eleftheriou encouraged students to participate in future competitions because they are an enjoyable outlet for creativity that will also âhelp improve their writingâ and give them a sense of accomplishment.

She also noted that students from different majors participated in the competition: âOne of the winners was from the School of Business Administration, and another from computer engineering.â

According to Dr. Eleftheriou, the competition was launched in November 2018 when the Writing Center tutors wanted to do something special for National Novel Writing Month. They decided to start something that would encourage people to write their own novels, she added.

Dr. Eleftheriou said she hopes the Writing Center continues to hold the novel writing competition and similar ones in the future.

Dr. Eleftheriou said she encourages students to try to overcome their fears and participate in future competitions because âeven if they donât win, the fact that they wrote a chapter is really worthy and valuable in itself.â

âI have a friend who started writing a novel 15-years-ago, and it wasnât her job,â she said. âShe worked on it little by little and published it, but it didnât receive recognition.â

Then, her novel was shortlisted for the Giller Prize, a top literary award in Canada, and since then, she has been receiving various offers and deals, Dr. Eleftheriou added.

âA little tiny bit of writing can lead to something big, but it takes time,â Dr. Eleftheriou said.