MBRSC and American University of Sharjah partner into space 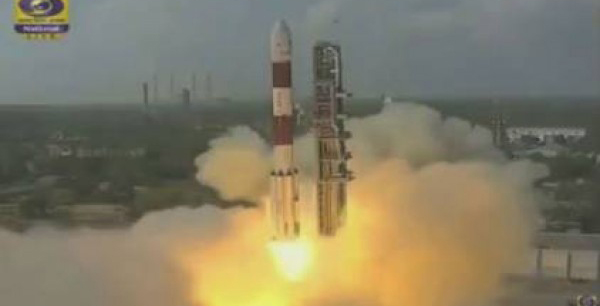 Spaceâ¦.the final frontier. Any true-blue Star Trek fan knows the source of those words, but, whether you are a Trekkie or not, everyone understands the spirit of their meaning. Frontier implies exceeding limits, moving into the unknown, with all of the excitement and thrill that comes with that. That excitement was palpable on the campus of American University of Sharjah (AUS) last week. Some of our alumni were on campus as the nanosatellite that they designed and constructed in collaboration with the Mohammed Bin Rashid Space Center (MBRSC), was launched into orbit. While there was certainly a roar of applause and a huge collective sigh of relief for each successive stage of the rocket launch, including the deployment of Nayif-1 into its orbit, the real moment of truth arrived when the first signals were received at the AUS ground station, because, for our former students and the MBRSC staff, that was the ultimate measure of achievement for this collaborative enterprise. 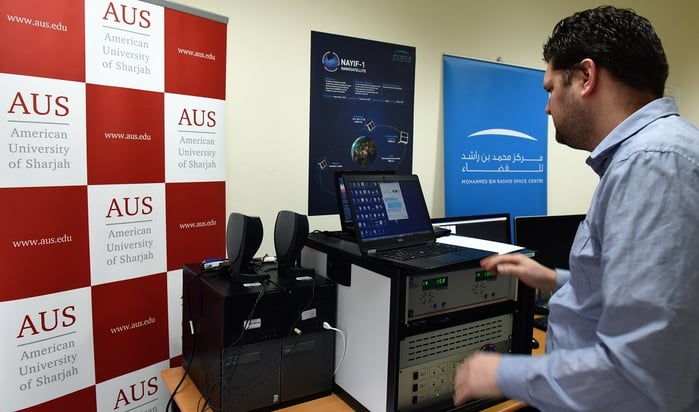 But as the Dean of the AUS College of Engineering, my greatest sense of pride comes in seeing our graduates embark on professional careers that impact society and contribute to a fulfilling life for them and those that care for them.  So, you see, what I observed was not just a launching of a rocket and the deployment of a nanosatellite, but the launching of careers and the deployment of engineering skills and problem-solving strategies sculpted through years of study and practice at AUS.  With an educational goal of attracting and preparing young minds for careers in the space industry, MBRSC could not have hoped for anything more, as all seven former AUS students who served on the Nayif-1 design team are now in the midst of highly successful careers with MBRSC itself or in the fast growing UAE space industry. As I spoke with our alumni before and after the event, their pride in AUS and thankfulness for the preparation they received here was clearly evident.

The AUS College of Engineering has long been known for its outstanding degree programs and its well-equipped teaching laboratories that provide extensive hands-on learning experiences for its students. We are striving to become the top engineering program in the region known for its practice-based learning approach and an emphasis on learning beyond the classroom. This will be achieved through close and active collaboration with government agencies and industry. The Nayif-1 project was a classic example of that kind of collaboration we seek across all of our programs. Through these kinds of cooperative ventures, we can work together with government and industry to produce the talent this region needs to thrive in a knowledge-based economy, and the innovation the region needs to adequately address the needs and desires of the regional population.

AUS is a university of âfirsts.â It is only natural that we be deeply involved in the most recent âfirstâ â the launching and deployment of the first UAE nanosatellite. As we move forward with our plans to become the top research university in the region, we look forward to many more âfirsts.â

Dr. Richard Schoephoerster is the Dean of the American University of Sharjah College of Engineering.