Navigating Through the COVID-19 Crisis with Prosocial Expert Knowledge Behavior 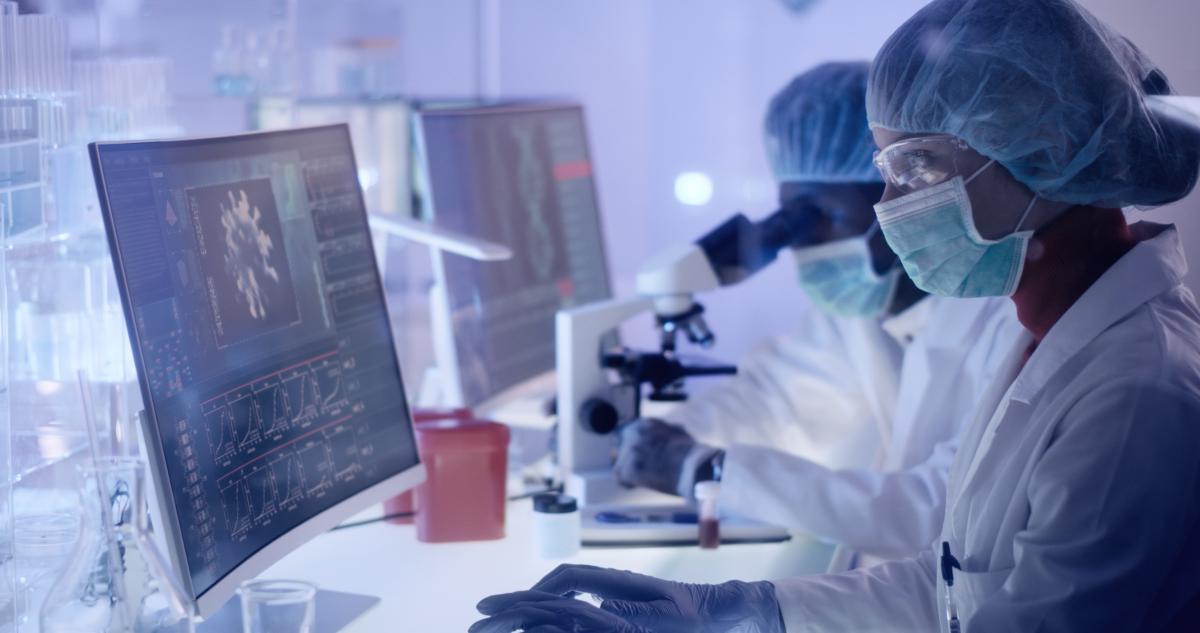 Collecting examples from the current COVID-19 crisis, this paper discusses the role of prosocial expert knowledge behavior that is proposed to produce resourceful heuristic methods such as experimentations, extensions, combinations and reconversions, under causal and intervening conditions. In turn, these resourceful heuristic methods are proposed to have a positive influence on organizational coping strategies, organizational crisis readiness and organizational survival. Implications for theory and practice in the context of organizational knowledge literature are discussed, and directions to future research offered.

COVID-19 continues to place burdens on developing countries. A potential breakdown of their already weak health systems not only has significant public health implications but is also leading people towards extreme poverty and deprivation. Businesses faced with the collapse of sales and debilitating profits are laying off employees and cutting their salaries. People will have little to survive on if they are unable to access their local markets to conduct business and trade as a result of lockdowns and curfews. Most of the low-income jobs—cooking, shop keeping, cleaning, babysitting and gardening—cannot be done remotely, further putting a dent in their meager incomes. Many of these workers do not get sick leave or have any kind of medical insurance, and with little to zero savings, they are struggling to survive.

In developing countries, there is an increasing fear that the epidemic will continue to intensify to unmanageable levels. The build-up will lead to a massive diversion of resources to combat the disease, causing a significant shortage of resources to address other health-related issues. This, of course, is in addition to numerous other constraints and challenges that these countries face in managing their day-to-day balance sheets.

Take the example of Pakistan. With a population of nearly 220 million, the entire country is estimated to have less than 3000 ventilators, in both public and private hospitals, to provide a lifeline to patients with respiratory problems. Major diagnostic tests are only available in three large cities. Many of the country’s rural hospitals and clinics lack even minimal in-patient capacity. The situation is similar, if not worse, in other South Asian countries. While the problem of the virus is currently less acute in Sub-Saharan Africa and Latin America, a sudden spread of the disease can cause havoc for the fragile and conflict-torn nations of these regions. In some Middle Eastern countries as well, the situation may get out of control because of: (1) the challenges of providing healthcare for the outbreak, (2) the choice between the economic importance of expatriate workers and the cost of their healthcare, and (3) declining oil export revenue from the disruption in global trade and falling oil prices.

Besides its obvious effect on human health, the pandemic is causing major economic instability across the globe. Foreign capital is fleeing out of emerging markets at a rapid rate, which is diminishing the value of their local currency and, thus, making imports more costly. Devaluation of currency is not only exacerbating their debt repayment problems but also increasing the production costs of manufacturing sectors, as the production of these goods often relies on expensive imported machines. Thus, the higher cost of essential imported items, shrinking production capacity and lower incomes in foreign markets, are worsening the balance of payments situation in many countries. In short, a steady downturn in consumer spending, declining investors’ confidence and tightening of financial conditions are all adversely affecting the aggregate demand. If this downward trend is not reversed, it can lead to a troubling global economic recession, which many experts believe is inevitable. In fact, according to the IMF, the coronavirus has already forced the global economy towards a recession.

To add fuel to the fire, the European Union has announced that it was banning the exports of essential medical equipment including ventilators, surgical masks and gowns. Those are only a handful of trade curbs that are being added by the developed economies since the outbreak of coronavirus. Such restrictions would raise international prices and would be especially painful for developing countries which rely heavily on imported life-saving medical supplies.

According to Aaditya Mattoo, an economist at the World Bank, since only seven countries account for 70 percent of the overall exports of ventilators, the price of one ventilator can rise by 10 percent if only one of these countries bans its export. The price increase would be much larger if more countries followed suit. It essentially amounts to refusing billions of people in developing nations a life-saving device, which most of them do not produce, or even if they do, the product is likely to be of low quality.

Through the prism of economics, let us dwell on how we can tackle the economic consequences of the virus, and get on to the recovery path. When a firm cuts production, workers lose their jobs, hence contributing to reduced consumption spending. Fearing lower profits, many businesses start to cut back on investments, triggering a vicious cycle of high unemployment and low production. That is currently what is happening around the world. Once again, this situation reminds one of the remedial measures proposed by the economist John Maynard Keynes, who postulated that government intervention by lowering taxes and increasing spending is the key to recovery from recession. Keynes criticized the idea that, without state interference, capital markets could work effectively on their own to stimulate production and counter unemployment. Although governments in developing countries are starting to launch various stimuli packages to mitigate the effects of the coronavirus, the finances, knowhow and technology available to them are too scant to cope with this epidemic. Therefore, the road to recovery would necessitate a globalized, coherent and inclusive response from the international community.

In a recent interview, Kristalina Georgieva, Managing Director of the IMF, warned the international community of the grave consequences that the coronavirus can have for weak economies around the world. She especially highlighted three critical concerns: First, since the global growth forecast for 2020 is negative, therefore, in order to get to recovery in 2021, priority must be given to containment of the virus and to improving health systems everywhere. Although the economic consequences are and will be serious, the sooner the epidemic ends, the quicker economies will be on the road to recovery. Second, many low-income economies are hit hard by external outflows of capital. Since the start of the crisis, investors have already pulled US$83 billion from emerging markets, the largest capital outflow ever reported. It is a major problem for debt-crunched low-income countries. Third, and this is very important, the IMF is ready to respond with all of its US$1 trillion lending capacity to help the poorest countries.

Undoubtedly, there is a need for a strong and organized response by the world leaders to fight this humanitarian crisis. Experts across the spectrum agree that assistance to contain the disease and its economic implications must be provided to developing countries on an urgent basis. The University of Chicago economist Raghuram Rajan describes it as a global war, and emphasizes the need to coordinate the distribution of basic “weapons”—test kits, sterile materials, helmets, protective clothing and ventilators—throughout the world. The world cannot afford to be negligent in providing a timely and rightful response to the severely under-resourced and ill- equipped developing countries. Otherwise, the weak health care system in these countries combined with the extreme poverty and social unrest can trigger a secondary pandemic of a different nature that may have a far more serious global fallout.

*The writer is a Professor of Economics at American University of Sharjah in the UAE and can be reached at [email protected].

By Dr. Naveed Khan, Head of the Department of Biology, Chemistry and Environmental Science and Ruqaiyyah Siddiqui, Research Fellow, College of Arts and Sciences

“Brain-eating amoebae are known to harbor a plethora of viral, bacterial, protozoal, and fungal pathogens and safeguard these pathogens against disinfectants. Due to their ubiquitous distribution in the environment and their status as the trojan horse of the microbial world, amoebae can provide novel coronavirus a means to susceptible hosts and possible transmission to the central nervous system. Here, we hypothesize that pursuing the host that harbor “terror cells” is a valuable approach in eradicating novel coronavirus in affected communities.”

Since December 2019, coronavirus disease 2019 (COVID-19) caused by severe acute respiratory syndrome coronavirus 2 (SARS-CoV-2) has resulted in devastating consequences worldwide and infected more than 350,000 individuals and killed more than 16,000 people. SARS-CoV-2 is the seventh member of the coronavirus family to affect humans. Symptoms of COVID-19 include fever (88%), cough (68%), vomiting (5%) and diarrhoea (3.7%), and transmission of SARS-CoV-2 is thought to occur from human to human via respiratory secretions released by the infected individuals when coughing and sneezing. COVID-19 can be detected through computed tomography scans and confirmed through molecular diagnostics tools such as polymerase chain reaction. Currently, there are no effective treatments against SARS-CoV-2, hence antiviral drugs have been used to reduce the development of respiratory complications by reducing viral load. The purpose of this review is to provide a comprehensive update on the pathogenesis, clinical aspects, diagnosis, challenges and treatment of SARS-CoV-2 infections.

By Ruqaiyyah Siddiqui, Research Fellow, College of Arts and Sciences, and Dr. Naveed Ahmed Khan, Head of the Department of Biology, Chemistry and Environmental Sciences

Air conditioning systems can provide the novel coronavirus a means of transmission to susceptible hosts during summer months.

This is a disturbing development that can exacerbate coronavirus transmission further in summer months. This is particularly disturbing for countries with warmer climates. Hence there is an urgent need to determine prevalence of novel coronavirus in air conditioning systems in public places in eradicating this devastating infection effectively in affected communities.

Immunity-Boosting Spices and the Novel Coronavirus

Although there is no reported genetic predisposition in contracting coronavirus disease 2019 (COVID-19), the mortality rate varies among different ethnic groups. Here we determined potential correlation between COVID-19 and spice consumption. The data from 163 countries including total cases, total deaths, and total recovered were analyzed. It was observed that there is a clear interrelated prevalence between the total number of COVID-19 cases per million population tested and the gram of spice supply per capita per day. Nations with lower consumptions of spices per capita showed greater number of COVID-19 cases per million population. This is not surprising as herbs and spices are well-known to boost immunity. Although the precise molecular mechanisms associated with spices and immunity are not completely understood, our findings led us to hypothesize that spice consumption plays a role in our ability to fight COVID-19; however, intensive research is needed to determine the translational value of these findings.