“Nothing beats being honored for your achievements” 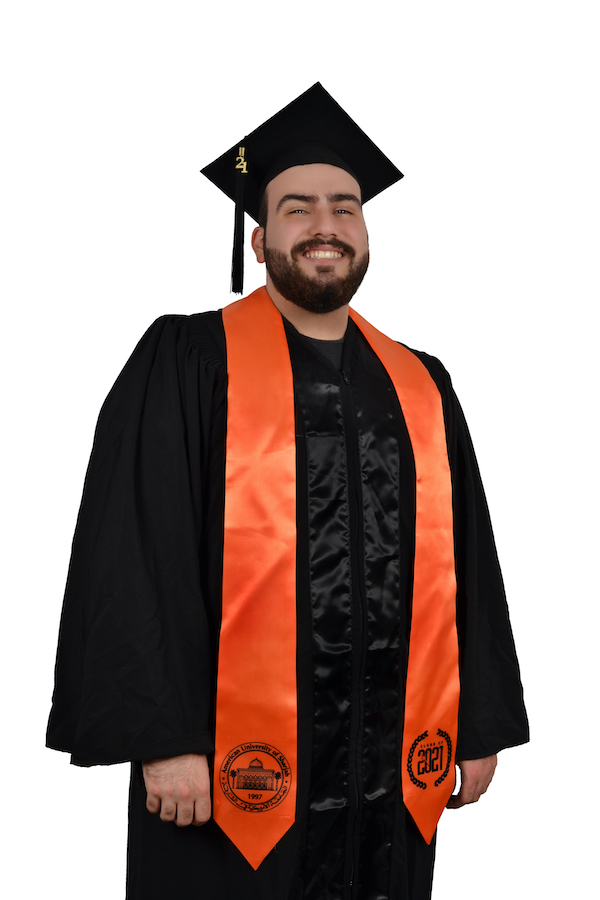 “I have had multiple research experiences in a variety of specializations and was assigned a different role for each work. Some of them had me operating in the lab carrying out experiments while the rest had me research information and data. But I am proud to say that I already have published two of my works and I have another two in the process of being published,” he said.

The Jordanian engineer said he looked at his time at AUS as an opportunity to narrow his interests, ultimately finding a passion for cosmetics production.

“I joined the university without a future plan, but now I am aware of what I want to do. My ultimate goal is to start up my business in cosmetics production,” he said.

As evidenced by his outstanding academic record, Alhajar was a highly driven student, receiving recognition for his high academic achievements.

“One of my favorite memories at university was the honors convocation—nothing beats the pride you feel during that celebration,” he said.

Alhajar was also actively involved in the American Institute of Chemical Engineers (AIChE), one of the university’s many student-led organizations which allow them to make social connections with other like-minded students.

“The other major highlight of my time at AUS was the AIChE trip to Indonesia where I traveled with my friends to a country where we made unforgettable memories,” he said.

Now with his undergraduate studies behind him, Alhajar has his sights set on obtaining a PhD in Chemical Engineering one day. We hope to see him back at AUS again soon!