The students at American University of Sharjah (AUS) have always demonstrated a strong sense of responsibility and commitment to giving back to the community. Whether it be by raising funds for Sharjah Autism Center, being a part of the Food for the Needy campaign, or  even renovating a house for an underprivileged family, AUS students have worked to care for members of the wider community. As part of their efforts, the AUS Student Council, Office of Student Affairs’ Community Services Division, and the Indian and Pakistani cultural clubs recently organized this year’s Annual Cleanco and Security Appreciation Lunch to show their gratitude to the cleaners and security guards who are part of the AUS community.

This year, a total of 172 Cleanco staff and 42 security personnel attended. Thirty student volunteers served lunch to the guests of honor and distributed giveaways as a token of appreciation. The workers also participated in various games organized by the volunteers. Members of the two cultural clubs had dance performances prepared for the workers and brought the workers up to dance along. Prior to the event, volunteers encouraged other students to donate, and the funds were used to support the lunch. 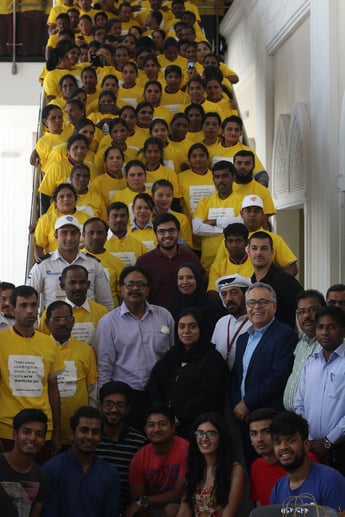 The food and gifts were a symbol of appreciation, and were an attempt to bring smiles to the workers’ faces. At the end of the event, a group photo was taken and a cake cutting ceremony was held to celebrate the workers.

"It was a humbling experience doing something for those who do so much for us. Each and every day they work so hard to make sure that our campus is safe and clean. Interacting with them, performing for them, serving them a meal and, above all, giving them a token of thanks was very pleasing. After all, gratitude should be an attitude," said Siddhant Iyer, President of the Indian Cultural Club.

First Name Last Name, President of the Pakistani Cultural Club, shared similar views. “All of us are responsible for bringing good to this world in some way or another. The Cleanco and security staff serve us all year round to provide a clean and a secure environment to the AUS community, and as an AUS student I believe it is my duty to serve their community as an appreciation of their hard work. Therefore, being the President of the Pakistani Club, I thought it was necessary to unite the members of the Pakistani Club to help out the Student Council in this year’s Cleanco and Security Appreciation lunch.” 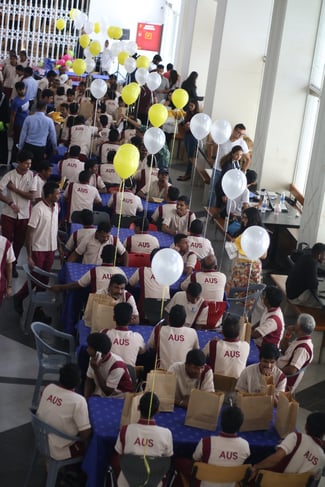 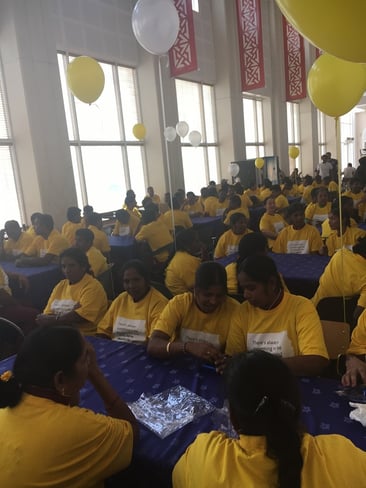