My voyage to study abroad at American University of Sharjah 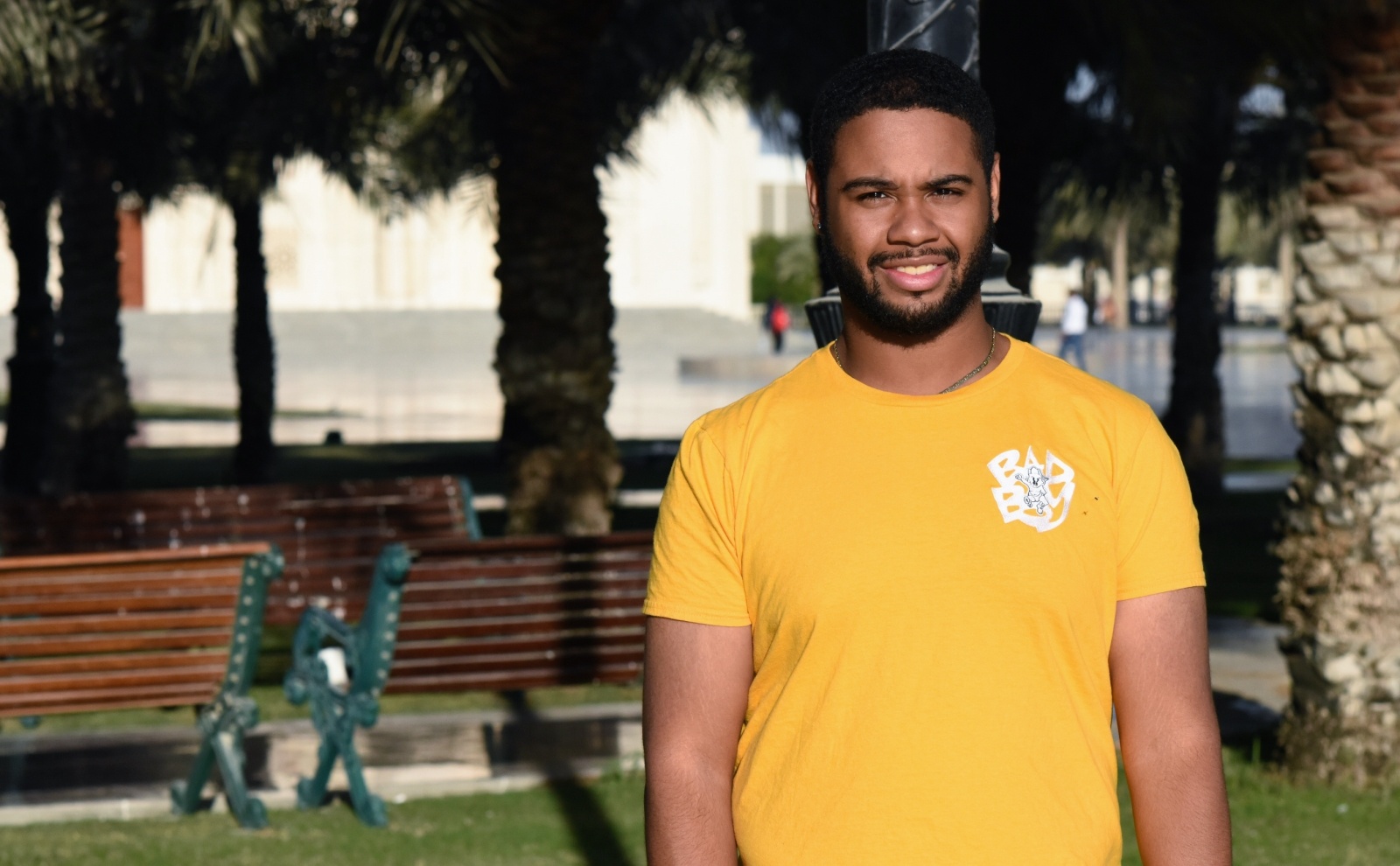 As-salām 'alaykum from an exchange student a American University of Sharjah (AUS). My name is Kyle Jackson, I spent a semester studying abroad at AUS in Sharjah, the United Arab Emirates. I am a senior student at Howard University in Washington D.C.

Many wonder what it takes to end up studying at a university on another side of the world. Well for me it was quite simple.

The first time I thought about doing an exchange program was in my sophomore year of college. Originally the plan was to go to one of the more popular programs in Europe.

When I continued to do my research on the programs that would be offered, I decided that I would go to Spain and study in Barcelona. I just knew that Barcelona was the best option for me because it is far enough to say that I’m abroad but it was still Western enough for me to be in my comfort zone.

Being a fluent speaker in both English and Spanish I knew that this would be a breeze for me and that I would have a great time. Most people including myself at the time thought of study abroad as an extended vacation before the next semester and not an educational and life changing experience.

As time progressed many of my friends returned from their voyages abroad. Many of them informed me of how they had a great time and learned so much but from my own observations I could tell many of them weren't challenged enough or pushed out of their comfort zones.

My intuition told me that if I was going to study abroad, I needed to be challenged and forced to grow in a place that I had no knowledge of. As I perused through the catalog of program providers and program locations I saw several locations in the Middle East and North Africa and I was suddenly intrigued.

What was interesting to me, was the differences in the government, customs, language, religion and even education systems. The Arab world was something that I had no real idea of. I had a few friends who are Arabs and a few who are Muslim but none of that was much helpful to me in gaining my own experience and forming my own opinions on the region.

I then made up my mind that this would be the challenge that I needed. Over the course of two weeks, I made the decision to apply through a program called Council on International Educational Exchange (CIEE) to study abroad at American University of Sharjah for Fall 2017 semester.

What made me choose the UAE was the diversity in the Emirates and the reason I decided to study in Sharjah in particular was that this Emirate is known to be the more traditional than other Arab cities and it was actually named as the ‘Cultural Capital of the Arab World’ by UNESCO in 1998.

The process of choosing the program was quite simple mainly because I matched it based on my degree track to graduate and I made sure to get courses approved by my counselor at my home university. American University of Sharjah had just the right courses. The AUS International Exchange Office was also very helpful in making the process smooth. And finally, I made it to the UAE, to Sharjah, to American University of Sharjah and I actually enjoyed my time and my studies.

Kyle Jackson was an exchange student at American University of Sharjah from Howard University in Washington D.C.