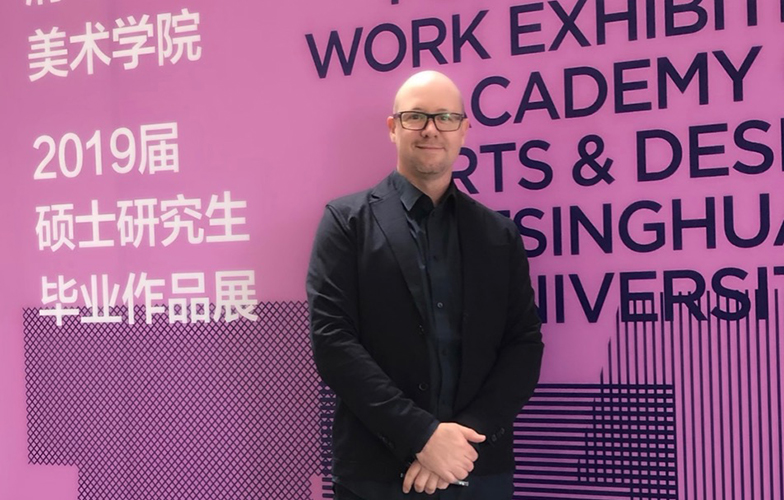 As regular readers of the blog will know, AUS Assistant Professor of Architecture, Marcus Farr has been undertaking a Fulbright Scholar program in China. The Fulbright program is one of the worldâs most prestigious fellowship programs, launched by the United States government after World War II to facilitate goodwill and harmonious relationships with other countries. Marcus has been selected for the 2019 program, through which he has been teaching and conducting research at Tianjin University in Chinaâs northeast.

For Marcus, the program offers an important opportunity to study Chinaâs traditional materials and contemporary tectonics. Such knowledge might lead to a deeper understanding of how knowledge of architecturally specific heritage might inform solutions to Chinaâsâand the worldâsâmost urgent architectural challenges, including loss of identity due to Western building practices, and the faltering sustainability of local projects in large cities.

Leading architects throughout China have been assisting Marcus with his work. Over recent weeks, Marcus has met with, and interviewed, some of the leading voices of Chinaâs architectural scene, including architecture professors from Tsinghua University, Nanjing University, and Beijing College of Forestry, Chinaâs leading school in Landscape Architecture.  Recently, Marcus met with Zheng Xiodong, Associate Professor at the School of Landscape Architecture at Beijing Forest University.  Dr. Xiodong has published a book in Chinese closely linked to Marcusâ area of interest, including how Chinaâs traditional building techniques and materials can inform contemporary building in China, and increase dialogue about the importance of architectural quality. Marcus is looking to translate the book, making it more accessible for English-speaking architects, and disseminating knowledge about Chinese architectural history.

Marcus has also been following a rigorous travel schedule, journeying from his home base at Tianjin University throughout China to visit other institutions. As well as visiting Beijing Forest University, Marcus has also met with researchers at Beijing Normal University, Tongji University, Nanjing University and Tsinghua University. The latter two universities occupy a place in Chinaâs prestigious C9 league of universities. The C9 league was initiated by the Chinese government to promote the development and reputation of Chinese higher education and is sometimes referred to as Chinaâs Ivy League. Marcus has been conducting both public lectures and in-class discussions at these universities, discussing his work and fostering dialogue about the relationships between the village, the city, and the material heritage that comes from that.

As Marcusâ teaching and research continues, he believes that one of the most important elements of his tenure in China as a Fulbright Scholar is the goodwill and understanding it promotes between peoples of different cultures. He says:

âThere is much to be gained through cultural academic exchanges such as this. The Fulbright program has exposed me to information and people that I would have never otherwise encountered, and my research is richer and more informed as a result. Similarly, for many of the architecture students that I have met at architectural schools throughout China, meeting an American-educated, UAE-based architect is interesting for them. Such interactions are valuable in cultivating the architectural discipline and learning from architectural traditions in other countries.â

Marcus will finish his Fulbright program at the end of June 2019. The final stages of his Fulbright journey will be covered through updates on this blog.