What is it like to be a Fulbright Scholar? Join us as we follow the journey of Marcus Farr, AUS Architecture faculty member and 2019 Fulbright Scholar | American University of Sharjah
Skip to main content
S 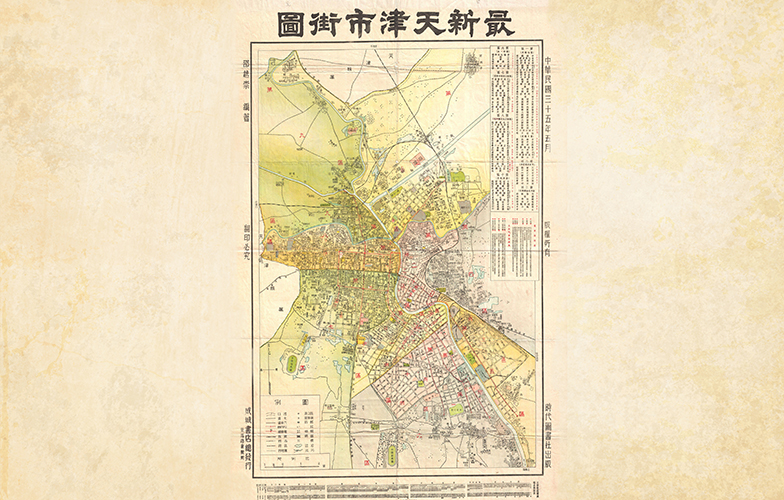 As many of our readers will know, the Fulbright Scholar program is one of the worldâs most recognizable â and prestigious â acknowledgements of an academicâs work. The program â which sees qualified recipients travel around the world to conduct research and teaching â has been in existence since 1946 when President Harry S. Truman signed the Fulbright bill into law. Over the past 72 years, thousands of well-known and influential scholars have been selected for the program. To date, Fulbright scholars have included 82 Pulitzer Prize recipients and 59 Nobel Prize winners, attesting to the calibre of those taking part in the program.

American University of Sharjah (AUS) has had its very own Marcus Farr named as a 2019 Fulbright Scholar. Farr, who is an Assistant Professor of Architecture at the universityâs College of Architecture, Art and Design (CAAD), will use the opportunity to investigate historical architectural and building practices in the Yangtze Delta region of China, gaining an understanding of how traditional methods could inform more sustainable practices today. As part of his work under the program, Farr will relay the findings of his research to architecture students at Tianjin University, one of Chinaâs top-ranked universities for architecture.

Using this blog, we will be tracking Farrâs Fulbright journey over the coming months, gaining insights into what it is like to be a Fulbright scholar, while also learning about some of the research outcomes of Farrâs work. His research should resonate with architects, engineers, builders and urban planners not just in China, but also in many other parts of the world. With global urbanization on an upward trajectory, finding more sustainable ways of accommodating large populations is a priority. With many cities around the world struggling with rising populations and an unacceptable level of environmental degradation, the pressure is on to find viable solutions. Farr hopes that his analysis of past building practices in China will yield answers for contemporary challenges.

But before he makes his way to China in January 2019 to officially begin the program, Farr is required to undergo some preparation that will ensure his role in realizing some of the key goals of the program. At its core, the program is designed to foster enhanced understanding and dialogue between America and the rest of the world, serving as a means of cross-cultural relationship building. While the world has changed immeasurably since the program first began, international partnership remains the essence of what the Fulbright program is all about. In undertaking his program, Farr is, therefore, serving as a representative of the United States, and is a means through which the people he meets can learn more about America.

The 2019 Fulbright program will see seven other Fulbright recipients join Farr in China. In June of this year, Farr travelled to Washington, DC, to meet his fellow Fulbright beneficiaries, who came from an array of academic disciplines, including sociology, business, economics and engineering. The Washington, DC, meeting was an opportunity for the cohort to get to know one another and learn more about the support available to them while in China. The group met both the Chinese Ambassador to the United States, and the United States Ambassador to China, along with a host of other officials. Such contacts perform as a network through which the scholars can draw upon during their time abroad, ensuring the increased likelihood of the success and impact of their research.

It is still some months before Farr makes his way to China to begin his tenure at Tianjin University as Fulbright Scholar. During this time, he Farr will continue to teach architecture at American University of Sharjah. Once he Farr is in China, and his research is underway, we will be bringing you regular updates. We hope you enjoy this front-row seat!