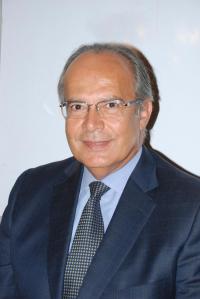 Dr. Hisham El Sherif is a business, technology and development leader. He is a graduate of MIT.

Dr. El Sherif led Egypt Digital Transformation. He was the founder of the information and decision support center(s) initiatives in Egypt and the region, leading the transformation of Egypt into the information age and modernization. He was directly responsible for delivering more than 1,500 centers and 900 projects. He is the founding Chairman of (RITSEC) a major regional contributor to societal innovation, ICT and internet, education, poverty, childhood and motherhood, special needs, culture, media, knowledge, economic and social and human and institutional development. He is a Professor Emeritus at American University in Cairo (AUC). He also founded and led investment companies in technology, renewable energy and green industries.

Dr El Sherif has been a member of Board of Trustees of the Library of Alexandria, Chairman of Advisory Board of the New Egyptian Museum, co-chairman of the knowledge and Innovation Initiative, and founding Chairman of Arts Global. Dr. El Sherif is the founding Chair of the Advisory Board of the new “Great Egyptian Museum,” and he was member of the boards of the Opera Fund, the Culture Fund and The Supreme Council of Archeology.