International Symposium on Mechatronics and its Applications '18

ISMA'18 is the eleventh in a series of symposia focusing on theoretical and practical aspects of mechatronics. It will be held by the Mechatronics Center at American University of Sharjah, UAE, from March 4 to 6, 2018. The symposium covers the synergetic integration of mechanical engineering with electronics, intelligent control, and design and manufacturing of industrial products and processes. The main idea of the symposium is to bring together scientists, scholars, engineers, and students from universities and industries to exchange and promote research in the field of mechatronics, and hence to foster research relations between the universities and the industry in this field. 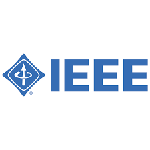 Topics of interest include, but are not limited to:

SMART LIVING: THE NEXT FRONTIER

We live in an era in which our physical and personal environments are becoming increasingly intertwined and smarter due to the advent of pervasive sensing, wireless communications, computing, and actuation technologies. Indeed our daily living in smart cities and connected communities will depend on a wide variety of smart service systems and cyber-physical infrastructures, such as smart energy, transportation, healthcare, supply-chain, etc. Alongside, the availability of low-cost wireless sensor networks, Internet of Things (IoTs) and rich mobile devices (e.g., smartphones) are also empowering humans with fine-grained information and opinion collection through crowdsensing about events of interest, resulting in actionable inferences and decisions.

This synergy has led to cyber-physical-social (CPS) convergence with humans in the loop that exhibits complex interactions, inter-dependencies and adaptations between engineered/natural systems and human users with a goal to improve quality of life experience in what we call smart living. However, the main challenges are posed by the scale, heterogeneity, big data, and resource limitations in context recognition and situation awareness using sensors, IoTs and CPS networks.

This talk will first highlight unique research issues and challenges in smart living and CPS systems, followed by novel solutions for energy-efficient data gathering and fusion, coverage and connectivity, security and trustworthiness, and trade-off between energy and information quality in multi-modal context recognition. We will present case studies and experimental results for smart grid and smart healthcare applications. The talk will be concluded with directions for future research.

According to DBLP, Dr. Das is one of the most prolific authors in computer science. His h-index is 78 with more than 25,000 citations according to Google Scholar. He has graduated 41 PhD students. Dr. Das is a recipient of the 10 Best Paper Awards in prestigious conferences like ACM MobiCom and IEEE PerCom, and numerous awards for research, teaching, mentoring and professional services, including IEEE Computer Society’s Technical Achievement Award for pioneering contributions to sensor networks and mobile computing. He is the founding Editor-in-Chief of Elsevier’s Pervasive and Mobile Computing Journal (since 2005) and serves as Associate Editor of several journals including IEEE Transactions on Mobile Computing and ACM Transactions on Sensor Networks. A (co)-founder of IEEE PerCom, WoWMoM, SMARTCOMP, and ICDCN conferences, he has served on numerous ACM and IEEE conference committees as general chair, technical program chair, or program committee member. Dr. Das is an IEEE Fellow for pioneering contributions to parallel, distributed and mobile computing.

In multi-robot systems, there is a group of mobile robots that seek to achieve a collective task as a team. Each robot makes decisions based on available local information as well as limited communications with neighboring robots. The challenge is to design local control policies that result in desirable global behaviors. In contrast to the traditional centralized control paradigm, both the measurements and decisions are distributed among multiple controllers. This talk presents results for cooperative robotics based on methods drawn from distributed optimization and game theory, with applications to area coverage, capture-the-flag, and formation control.

Dr. Jeff S. Shamma is a Professor and Chair of Electrical Engineering at the King Abdullah University of Science and Technology (KAUST), where he is also the director of the Robotics, Intelligent Systems & Control laboratory (RISC). Shamma is the former Julian T. Hightower Chair in Systems & Control at the School of Electrical and Computer Engineering at Georgia Tech, and has held faculty positions at the University of Minnesota, The University of Texas at Austin, and the University of California, Los Angeles. Dr. Shamma received a Ph.D. in systems science and engineering from MIT in 1988. He is the recipient of an NSF Young Investigator Award, the American Automatic Control Council Donald P. Eckman Award, and the Mohammed Dahleh Award, and is a Fellow of the IEEE and of the IFAC (International Federation of Automatic Control). He is currently deputy editor-in-chief for the IEEE Transactions on Control of Network Systems and a Distinguished Lecturer of the IEEE Control Systems Society.

A completed electronic submission is due prior to the published deadline. A complete submission will include the following:

Adherence to the instructions for preparation of the abstract and summary is imperative. NO CHANGES OR REVISIONS WILL BE ALLOWED AFTER THE DEADLINE. Emailed or faxed submissions will not be accommodated. Failure to complete any of the preceding requirements may result in rejection of a paper. Registration and submission for technical sessions is open to all members of the scientific and technical community. It is incumbent on the authors to obtain appropriate approval to present their work to this international forum.

ISMA'15 contains high-quality submissions that undergo a peer-review conducted by the members of the Technical Program Committee. The results of the peer review translate into paper selections and topic-driven technical sessions for this conference. Results from that meeting will be sent via email to all authors from Technical Papers Staff. If the paper is accepted, the summary will be reproduced directly from the material submitted by the author(s).

This style guide is a reference for all submitting authors and is consistent with the previous ISMA format and style.

You will need Adobe Acrobat to download this file. If you don't have this software yet, you may download it for free at the Adobe website.

The paper should be in the following format:

All accepted submissions will be converted to PDF format for the production of the conference CD-ROM.

ISMA management strongly encourages the submission of PDF files to protect the integrity of your work.

Do not place any form of PDF security on your files as this may delay or impede the review and publication of your work.

***Proof your work before submitting. We DO NOT ACCEPT CHANGES OR REVISIONS AFTER THE SUBMISSION DEADLINE. ***

More information about Sharjah is available at http://sharjahtourism.ae.

Before you travel to the UAE, please check your visa requirements and make sure you have a valid visa if needed. Different airlines and travel agencies can arrange for a UAE visa, so please check online for different offers. AUS has an agreement with the following travel agency if you wish to make a visa arrangement through them.

Founded in 1997 by His Highness Sheikh Dr. Sultan bin Muhammad Al Qasimi, Member of the Supreme Council of the United Arab Emirates and Ruler of Sharjah, American University of Sharjah (AUS) was envisaged by His Highness as a leading educational institution in the Gulf region. Consciously based upon American institutions of higher education, AUS is grounded in Arab culture and is part of a larger process of the revitalization of intellectual life in the Middle East. AUS is an independent, not-for-profit coeducational institution that is proud of its role as a leading comprehensive coeducational university, serving students from the region and around the world.

Sharjah is a city of learning and the arts, as confirmed by its 1998 UNESCO designation as the Cultural Capital of the Arab World. This context facilitates the university's intention to be an academic center at the intersection of ancient cultural traditions and contemporary intellectual currents. The city of Sharjah is home to more than 20 museums with splendid collections of artifacts and art as well as exhibits on science and natural history. Sharjah also hosts many cultural festivals, educational conferences, fairs and economic expositions. These resources permit the university to broaden students' formal education in a way not possible elsewhere in the region.

Thank You for Registering