The conference promotes a global collaboration among faculty, students, engineers and managers on ecological economics and water, energy and environment resources management. Sponsored by BEEAH, it will provide a forum for distinguished guest speakers and practitioners to address recent research results and to present and discuss related issues in energy, water and environment. A number of leading practitioners, policy makers and researchers will be invited to deliver keynote lectures.

The conference will include a peer-reviewed technical program, demos, short papers, posters, invited sessions, industrial presentations and exhibitions on topics such as:

All abstracts/extended abstracts (two pages in length) should be submitted via the conference website https://cmt3.research.microsoft.com/ICWEE2022 or by email to [email protected].

Presenters are solely responsible for submission and subsequent receipt of their abstracts. All extended abstracts must be received by June 15, 2022.

For accepted abstracts, at least one author must register for the conference for the paper to be published in the conference program and proceedings.

We encourage our colleagues to limit their submission to their best poster abstract. No more than two total abstracts per author will be allowed (one poster and one paper).

All submissions must be in Microsoft Word format. Each submission should include a separate title page listing the following: title of paper, author(s), organization affiliation(s), complete mailing address, email address and keywords (three to four keywords). All abstracts will be reviewed by members of the technical committee.

Selected manuscripts will be published in a special issue of selected journals such as Desalination and Water Treatment after the normal peer-review process.

The conference constitutes an excellent opportunity for participants to hear from experts about the latest developments in water and environmental technology and to get practitioners’ views of innovative practices in some of the leading organizations. Companies and individuals are welcome to submit proposals for tutorials (short courses) and exhibitions to be held in conjunction with ICWEE 2022. Please send your proposal by email to [email protected].

The committee will also provide facilities for exhibitors during the conference. For more information, please email [email protected].

The contest is open to graduate and undergraduate students. All student posters must be submitted during the call for papers and must be accepted for the students’ poster session to be entered into the contest.

Posters for the contest will be displayed and winners will be announced at the general poster session on November 24, 2022. Prizes will be given to first, second and third-place prize winners at the conference banquet.

Poster abstracts/extended abstracts must be submitted by June 15, 2022.

Please click here to view the Call for Papers. 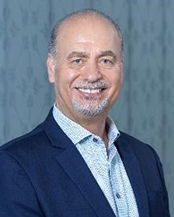 The amount of currently available fresh water on earth is in continuous decline due to rapidly increased consumption as a result of population growth, industrial use and climate change. According to new findings, one in three people are enduring one form or another of water scarcity. Therefore, there is an urgent need to address such world water shortages. Membrane technology increasingly proves to be one of the most practical solutions and the application of nanotechnology to membrane separation processes has shown to be extremely valuable to reduce cost and improve efficiency in water treatment and desalination. The presentation will focus on the global water shortages and will show how the application of nanotechnology to membrane separation processes, can provide us with modern tools that may be applied for further costs reduction of water. The research of Professor Hilal has focused in the last three decades on developing and applying nanotechnology to process engineering, particularly in the fields of water treatment, membrane separation and (bio)colloidal interactions. A major achievement has been the development of the smallest colloid probe reported in the literature, the coated colloid probe technique, and the cell probe technique. The presentation will focus on the use of such probes to directly quantify the force of interaction of (coated) colloid or microbiological cells in a direction normal to the membrane surface, at which the interaction is taking place. The potential of the technique has been demonstrated when such probes are used to assess the rejection of colloids at the entrance to membrane pores, and the adhesive characteristics (fouling) of synthetic membranes. This approach has resulted in developing tailored membranes for difficult separations in water treatment and desalination industry.

Professor Nidal Hilal is a Global Network Professor at New York University, the Founding Director of the NYUAD Water Research Center. He is a Chartered Engineer in the United Kingdom (CEng), a registered European Engineer (Euro Ing), an elected Fellow of both the Institution of Chemical Engineers (FIChemE), and the Learned Society of Wales (FLSW). He received his bachelor's degree in chemical engineering in 1981 followed by a master's degree in advanced chemical engineering from Swansea University in 1986. He received his PhD degree from Swansea University in 1988. In 2005, he was awarded a Senior Doctorate, Doctor of Science degree (DSc), from the University of Wales in recognition of an outstanding research contribution in the fields of water processing including desalination and membrane science and technology. He was also awarded, by the Emir of Kuwait, the prestigious Kuwait Prize (Kuwait Medal) of Applied Science for 2005 and the Menelaus Medal 2020, by the Learned Society of Wales, for excellence in engineering and technology.

His research interests lie broadly in the identification of innovative and cost-effective solutions within the fields of nano-water, membrane technology and water treatment, including desalination, colloid engineering and the nano-engineering applications of AFM. He has published 9 handbooks, 97 invited book chapters, and around 600 articles in the refereed scientific literature. He has chaired and delivered lectures at numerous international conferences and prestigious organizations around the world.

Professor Hilal sits on the editorial boards of a number of international journals, is an advisory board member of several multinational organizations, and has served on/consulted for industry, government departments, research councils and universities on an international basis. 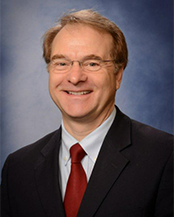 To address climate change, the world is going through the energy transition, a shift away from fossil fuels towards sustainable carbon-neutral energy. In the Middle East, most of the wealth is generated from fossil fuels, so navigating the energy transition will be particularly challenging.  This presentation describes an integrated vision for a sustainable Middle East that employs the following technologies: biofuels, agriculture, water desalination, solar energy, energy storage, carbon-negative building materials, mineral processing and high-efficiency transportation.

Professor Mark Holtzapple received his chemical engineering degrees from Cornell University (BS, 1978) and the University of Pennsylvania (PhD, 1981).  After his formal education, he served as a captain in the US Army Natick R&D Center and worked on a miniature air conditioner for soldiers wearing chemical protective clothing.  In 1986, he joined the faculty in the Department of Chemical Engineering at Texas A&M University.  He has received many awards for teaching and research, including the Presidential Green Chemistry Challenge Award from the president and vice president of the United States.  His research focuses on sustainability including conversion of waste biomass to fuels, chemicals and animal feed; high-efficiency engines and air conditioners; conversion of waste heat to electricity; high-torque electric motors; water desalination; energy storage; carbon capture; flying cars; advanced ship propulsion; and building materials made from sequestered carbon dioxide. 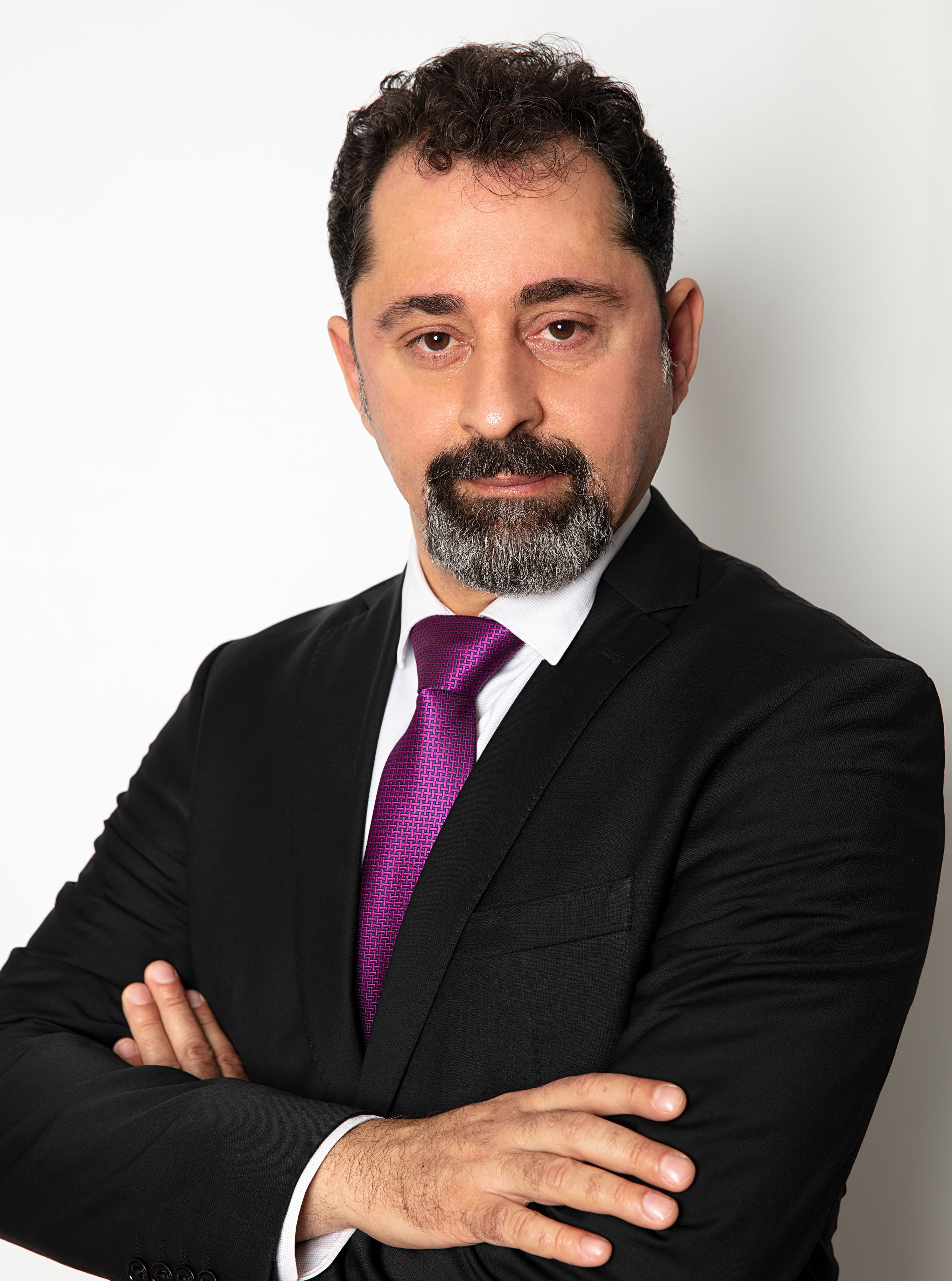 Daker El Rabaya is the CEO of BEEAH Recycling at BEEAH Group, where he oversees all waste treatment and recycling facilities, landfill management and transfer stations with the goal of achieving zero-waste cities.

With over 15 years of experience and expertise in the field of facilities management, his role includes overseeing the smooth operation at all facilities at BEEAH’s Waste Management Complex, including the Material Recovery Facility (MRF), Tyre Recycling Facility (TRF), Construction and Demolition Waste Recycling Facility, Industrial Waste Water Treatment Plant, Alternative Raw Material Facility, and Biomass Facility, among others. Under his leadership and direction, BEEAH’s Waste Management Centre has supported a 76 percent waste diversion from landfill rate in Sharjah – the highest in the Middle East.

Prior to joining the BEEAH team, Daker has worked in managerial positions at leading companies in the MENA region, including Tadweer Waste Management, LIN SCAN Advanced Pipelines and Tanks Services, Protech Co. and Manaseer Group. Daker graduated with a Master of Science in Electromechanics from the East Ukranian State University and obtained his PhD in Economics of Organizations from the National Technical University of Ukraine Kyiv Polytechnic Institute. 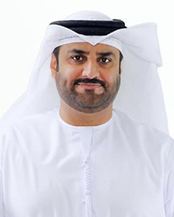 With ESG as the foundation, he formulates and executes corporate policies that drive sustainable innovation and facilitates the realization of targets for the Group, its businesses and ventures, as well as its clients in the public and private sectors. Mohamed is also responsible for creating, updating and continuously monitoring the ESG framework to promote the efficacy of initiatives across the group. To support the organization’s global ambitions, Mohamed ensures the operations of BEEAH Group, its businesses and ventures, are in line with the overall ESG strategy and complies with all relevant local and international environmental laws.

He also oversees two key areas pertaining to ESG for the organization: BEEAH Environment Services, the Group’s consulting, research and innovation business, and Group Quality Health, Safety, Security, Environment and Accommodation (GQHSSEA). For BEEAH Environment Services, where his previous title was CEO, Mohamed oversees all client deliverables, particularly with regards to ESG-compliant execution and reporting. Through GQHSSEA, he promotes the internal adoption of ESG policies, frameworks and programs across the organization.

Mohamed has had a 14-year long career at BEEAH. Prior to the role of CSO of BEEAH Group, Mohamed served as CEO of BEEAH Environment Services, where he managed services such as site analyses, water, soil and air quality monitoring, carbon footprint mapping, agency management and R&D for new innovations. Mohamed was also the Managing Director of BEEAH Tandeef, the waste collection and city cleaning business of BEEAH Group, where he managed operations related to waste collection, public cleansing, commercial projects, fleet management and control, workshops, as well as their respective stores.

Mohamed began his career at BEEAH in June 2008 as Health, Safety and Environment Manager. In 2009, he was promoted to Senior Environment Manager, before joining the Operations Department as Senior Operations Manager in 2010. Aer gaining extensive Chief Sustainability Officer BEEAHGROUP.COM experience in the Operations Department, Mohamed took on a wider role as Director of Sales and New Product Development. In this role, Mohamed managed commercial services and material sales, as well as the waste transfer processes and disposal of waste collected across Sharjah, including the East Coast and Central Region. His main responsibilities as Director also included future facilities planning, overseeing the operations of Sharjah’s six landfills, and the implementation of sustainable waste management practices. Following his successful track record, he was appointed as the Director of Waste Transfer and Disposal Technology, and subsequently as the Managing Director of BEEAH Tandeef.

Before joining BEEAH, Mohamed gained extensive experience as a fire safety engineer for 13 years, beginning with his career in the UAE Armed Forces reviewing fire safety systems and equipment. Mohamed then worked at the Sharjah Municipality where he headed the Fire Unit for the Sharjah Civil Defence.

For further information, please visit https://www.aus.edu/conferences/ICWEE22 or contact the organizers.

Thank You for Registering