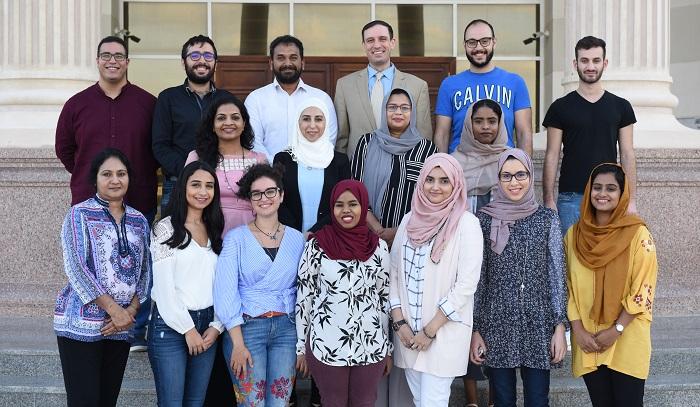 Cancer is one of the deadliest diseases in the world.  The current treatments, including chemotherapy, have many side effects. Developing a new anti-cancer drug delivery system has always been a hot topic attracting the interest of scientists. Using MOFs as drug carriers could significantly overcome some of these side effects and improve the drug pharmacokinetics. The main objective of this research group is to develop smart drug delivery systems incorporating MOFs and state of the art drug carriers liposome for intravenous anti-cancer drug delivery route. Furthermore, the effect of drug release profile upon exposure to ultrasound as an external triggering mechanism is to be investigated.  (In collaboration with Dr. Ghaleb Husseini, American University of Sharjah, UAE.)

Recently, ultrasound has been introduced as a modality to induce drug delivery from nanovehicles. The main advantage of applying ultrasound is to enhance the drug release from these nanocarriers and enhance its transport into the cytosol of tumor cells via sonolysis. As a result of acoustic oscillation (ultrasound waves), drug transport increases.

The surface of the MOFs could be modified to enhance its performance. Mainly, a ligand is attached to the active sites of the MOF’s surface. These ligands could be functional groups polymer or biomolecules. These surface modifications enhance water dispersibility and stability, improve drug loading, and reduce protein binding alongside adding targeting groups to boost drug delivery. There are numerous modification techniques that are implemented to modify the surface of the MOFs. The aim of this research concentration is to investigate the functionalization of MOFs surface by anchoring functional folic acid PEG molecules onto the cluster of MOFs.  Glycosyl-phosphatidylinositol is a folate receptor that is overly expressed in a variety of cancer cells including tumors of lung, ovaries and breast cancer, and has a limited expression in healthy cells. Therefore, functionalizing the surface of the MOF with FA-PEG allows the drug delivery to detect and target the cancer cells or tumor.

Although recent researches in vitro have managed to prove MOFs as potential drug carriers, surpassing some of the alternatives currently used in term of drug loading capacity; yet, the fast cargo release rate from MOFs and short circulation cycle have challenged its application. The challenges for MOFs as anti-cancer drug carriers have been addressed by surface modification of MOFs, either through the addition of functionality groups that can improve the stealth of MOFs, or through encapsulating them with another carrier that have superior stealth properties. Utilizing the liposomes, in specific encapsulating the MOFs inside the liposomes have proven to help achieve the full true potentials of both carriers.

The primary focus of this research is to develop a new hybrid class of nanocarries named liposome-coated metal organic frameworks ([email protected]). Furthermore, it is important to invetegate their applity to encapulate and release multiple drug at once.  The new proposed anti-cancer drug carrier is a promising candidate, as it has the advantage of employing the high loading capacity of metal organic frameworks and targeting moiety of liposome.