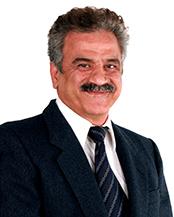 Before joining AUS, Hamid Baghestani was on the faculty of the Economics Institute and University of Colorado at Boulder. His portfolio of teaching includes courses on econometrics, forecasting, macroeconomics, mathematical economics, monetary economics and statistics. He was also a visiting professor at institutions such as Colorado School of Mines, Metropolitan State College at Denver, University of Colorado at Denver, and University of Denver. He has also conducted training programs for organizations such as the Malaysian Central Bank, the Central Bank of the Philippines, the Central ...