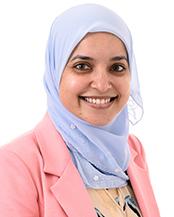 College of Arts and Sciences
Department of English

Teaching theories in composition courses at the post-secondary level; women and politics; gender and identity in Victorian Literature

Sana Sayed taught in English departments in Orange and Los Angeles counties of California for over four years before joining AUS. Her areas of research interest are gender and identity in Victorian literature, women and politics, and theories of assessment and accountability in teaching composition. Her areas of teaching interest are composition, rhetoric, and literature. Prior to teaching at the post-secondary level, she worked for the University of California Irvine Police Department and as a high school English teacher.