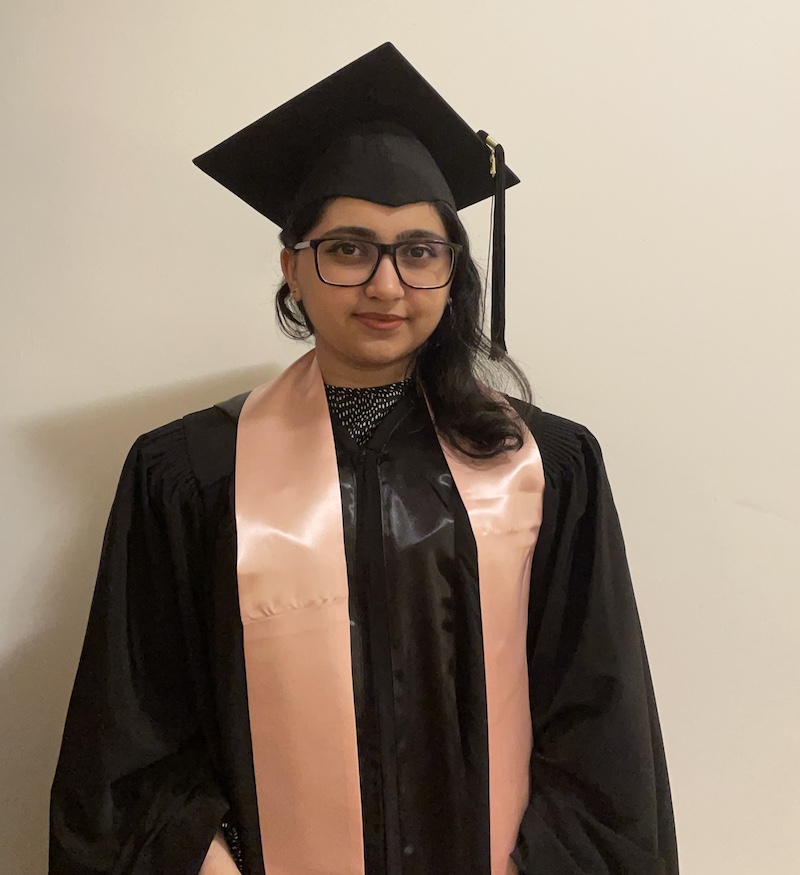 Ayesha Siddiqi has graduated with a Bachelor of Science in Business Administration with a major in management, with aspirations for a career in human resources. Siddiqi is confident the personal development and extracurricular opportunities she has taken part in at AUS will serve her well in her chosen career.

Complementing her business management studies with a minor in psychology, Siddiqi is grateful to have been part of an environment that allowed for and encouraged variety in what she wanted to study.

“Even though I was a passionate business student, I was very interested in psychology and I was able to pursue both my academic interests. This along with the great professors at AUS motivated me to achieve a place on the Dean’s and Chancellor’s Lists, which was an experience that in turn motivated me even more,” said Siddiqi.

Beyond her academic pursuits, Siddiqi was an active member of the student community, serving as President of the Astronomy Club, Executive Assistant of The Management Initiative (TMI), Student Peer Leader, and a First Year Experience (FYE) Ambassador.

“There are so many opportunities to collaborate with other students and create something unforgettable together at AUS. This is what I am so proud of my team at The Astronomy Club for doing. I had a great time getting to know all of them and working hard together to achieve the Best Student Organization of the Year award, which was a spectacular note to end my time with the club despite all the challenges we faced during the pandemic. I can honestly say that the club has become like a second family, and I wish all of them the best,” she said.

“Another amazing team I got to be part of was TMI, which never failed to cheer me on and always give their best in everything. I am so glad I got to be a part of this group of amazing people,”  she added.

As a First Year Experience Ambassador and Peer Leader, Siddiqi enjoyed the opportunity to invest in new AUS students as they began their university journey.

“It was really nice to hear their stories and to be a part of their AUS journey. I hope all the best for the future graduates of AUS,” she said.

Siddiqi is especially grateful for the people who helped keep her motivated throughout her university experience.

“My parents, of course, were a huge inspiration and drive for me to achieve all that I have. Additionally, my closest friends—Areeba, Sadaf, and Mehnaz—made this time more fun than I ever expected,” she said.

As she looks ahead to the future, Siddiqi said,”I think the most important thing is to always keep learning new things that make us excited."