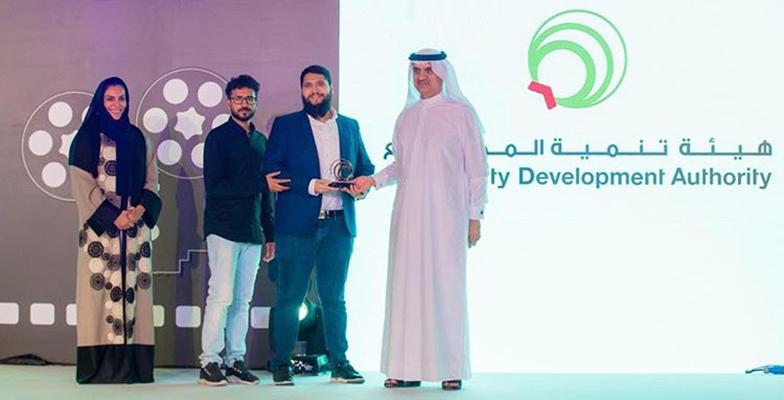 Spiritual Lights, made by Hammam Nabtiti, Saud Al Qasimi and Manaswi Jinadra, won second place in the ‘Non-discrimination and Equality’ category, while Children Know It Better, made by Saeed Ravanbaksh, was declared the third place winner.

According to CDA website, the idea of the awards was “launched among the youth as an initiative from CDA’s Human Rights Sector in order to encourage creativity and innovation among them, by merging creative media skills and human rights values.”

The awards were presented in three categories:

“We are honored to have been recognized for our efforts and very pleased to have won in the Non-discrimination and Equality category. We worked quite hard on the storyline and the subsequent filming and are truly happy that the results met with success.”

The main objectives of the award focus on: raising community awareness of human rights and the most vulnerable groups; employing the youth's creative skills towards expressing human rights; developing creative talents among the youth in the media fields; and stimulating the youth's interests towards various issues and phenomena that are related to our society, and challenging them to study these problems.