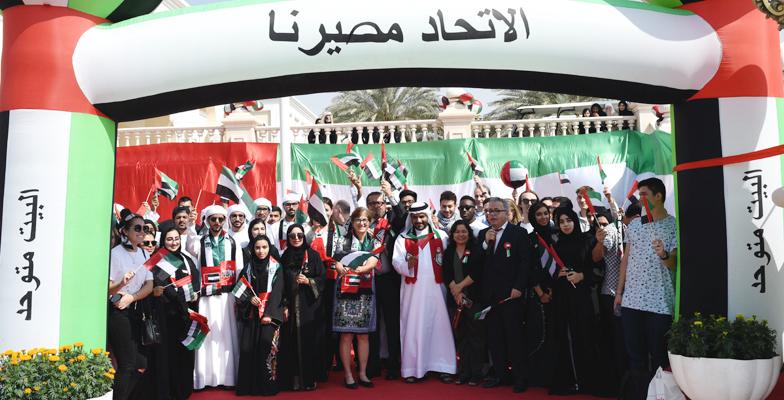 The flag-raising ceremony, hosted by the Office of Student Affairs and the Emirati Cultural Club, was attended by senior university officials as well as by a large crowd of students and members of the campus community.

Commenting on the significance of the national event, Dr. Moza Al Shehhi, Dean of Students, said:

"I am thankful that as the nation celebrates Flag Day, the AUS campus community joins in the celebrations by expressing its full support and attending the flag hoisting ceremony on campus. The UAE Flag Day is an opportunity for Emiratis and residents to express unity and loyalty to the UAE and its great leaders. The occasion also provides a platform for all residents to show their feelings towards the flag through the various activities organized across the country on this special day. I thank students from the Emirati Cultural Club for supporting and initiating Flag Day activities on campus.”

"UAE Flag Day is a special event celebrated by all Emiratis and other nationalities to show appreciation of Emirati culture and traditions as well as represent our national spirit and pride.”