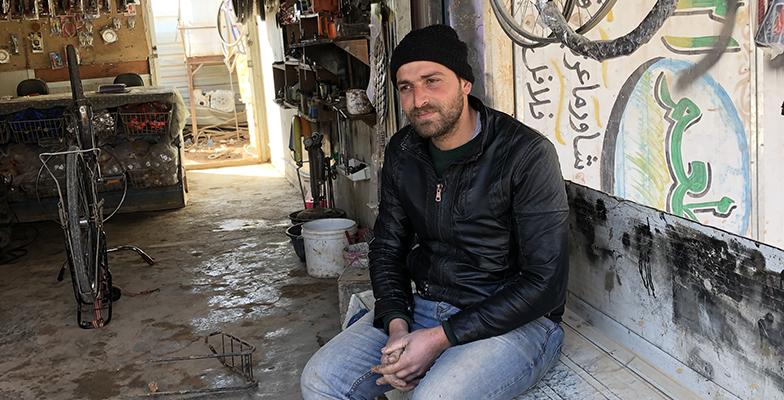 The film, PSYCAP, written and produced by Dr. Kim Gleason and Becky Beamer, both faculty members of American University of Sharjah (AUS), achieved Best in Competition at the 2020 BEA Festival of Media Arts in the category of International Faculty Documentary. BEA, a leading international academic media organization, is dedicated to excellence in media production, and career advancement for educators, students and professionals. The organization’s 2020 Festival of Media Arts saw more than 1,700 students and faculty from across the world submit entries.

PSYCAP attracted the attention of the festival’s judges for its powerful portrayal of Syrian entrepreneurs fleeing the conflict in their home country to take refuge in Jordan, and for the technical qualities of the filmmaking. The 11-minute film documents the experiences of these entrepreneurs as they decide to start new businesses and rebuild their lives. The film is set within Jordan’s Zaatari refugee camp, which the Jordanian government has sought to transform into a self-sufficient and sustainable semi-permanent city. The filmmakers embedded themselves within the Zaatari community, undertaking field surveys and collecting personal narratives from entrepreneurs within the camp.

One of the filmmakers, Becky Beamer, who is an assistant professor within AUS’ College of Architecture, Art and Design, said: “The Syrian conflict has caused a rapid and intense human migration. Exposure to sustained conflict has impacted the country’s psychological capital and long-term performance of entrepreneurial ventures. Policy initiatives and aid from NGO’s and governments influence the options and opportunities for these refugees. However, we do not yet fully appreciate the stories of these people. By learning more about this unique community we can in return learn about resilience, sustainability and innovation — lessons that will resonate for all communities impacted by mass migration."

Gleason, who is an associate professor in the AUS School of Business Administration says of her ambition for the film;

“We hope that we will be able to highlight the unique characteristics of conflict zone entrepreneurs and the important societal function that refugees can play in the reconstruction of their home countries, as well as the contributions they can make in their host countries.”

The PSYCAP filmmakers will be acknowledged at the Annual BEA Convention held in Las Vegas April 18–21.