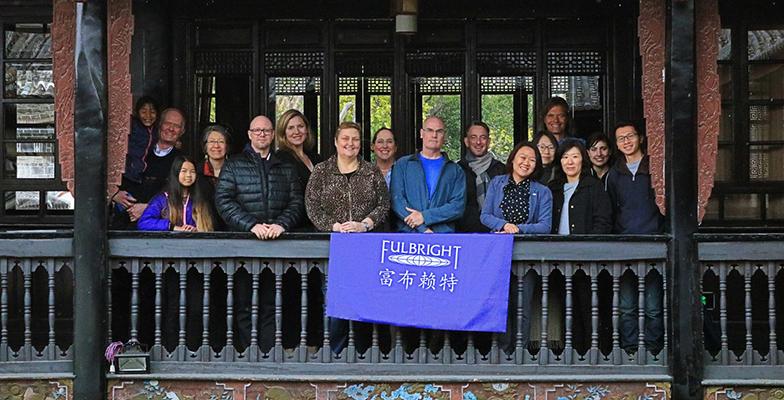 Associate Professor of Architecture at American University of Sharjah (AUS) Marcus Farr is currently pursuing research in China as a Fulbright Scholar. One of the world’s most prestigious and competitive fellowship programs, the Fulbright Scholar Program has provided funding for qualified recipients to study, conduct research, teach or exercise their talents abroad. Fulbright recipients have included scores of Nobel Prize and Pulitzer Prize winners.

As part of the program, Farr is undertaking research and teaching at Tianjin University Graduate School of Architecture. Farr is studying ancient Chinese architectural and building traditions, examining how these historical methods could help today’s architects find solutions to China’s unprecedented urban growth, and creation of what have been termed “mega cities.” Farr’s work is of much relevance in both China and globally, as new approaches to construction and urban planning are necessary for allowing large populations to live comfortably within geographically limited spaces. As environmental considerations become an increasing concern for governments around the world, Farr’s research into historical techniques could help to foster more environmentally sustainable practices in the present day. He is currently examining the buildings of foreign concessions in Tianjin dating from the 1600s, exploring how the architecture of these buildings could hold clues for modern buildings in the city, and further afield.

Under the program, Farr has also begun teaching a group of graduate architecture students at Tianjin University. He says of the importance of this cross-cultural experience:

“Successful architects need to understand their practice from a global perspective and consider how international influences can potentially benefit the form and function of their work. The Fulbright Program allows me to learn from the Chinese experience of urbanization and the solutions created as a result. It also allows my students to gain new perspectives from my background as an architect and academic in the United States, the Middle East and other parts of Asia. This cultural exchange is valuable in the professional development of architects, and is also hugely important in the creation of architectural solutions that meet current challenges, such as climate change and rapid population growth.”

AUS is chronicling Farr’s Fulbright journey through regular posts on the AUS Blog. The latest installment in this series can be read here: www.aus.edu/fulbright-research.