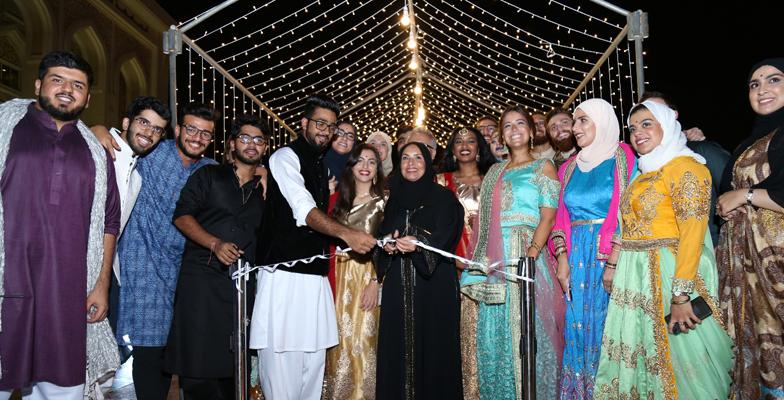 The AUS Student Council, in collaboration with the Indian, Pakistani, Drama and Photography Clubs as well as Power Hit Radio, organized Desi Night at the AUS Main Plaza recently. The purpose of this event was to increase awareness about South Asian cultures among AUS students and the campus community.

Reflecting a Pakistani and Indian bazaar (market) theme, the event had over 500 students in attendance, dressed in traditional attire. It was an evening of cultural performances, traditional food, games and other activities. Each cultural club decorated its stall as per its own country’s traditions.

“The overall enthusiasm was overwhelming and the unity between students from multicultural backgrounds was evident, which was the purpose of such an event.”

“The efforts put in by the Student Council members and the volunteers paid off with the event being a resounding success.”