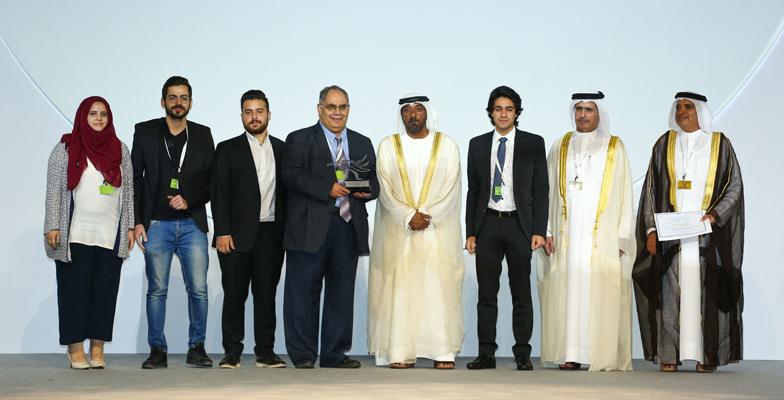 Students from the Department of Computer Science and Engineering at American University of Sharjah (AUS) received a Special Recognition Award at the recently held Emirates Energy Award 2017 in Dubai. The AUS team, which received its award from His Excellency Sheikh Ahmed bin Saeed Al Maktoum, Chairman of Dubai Civil Aviation Authority, Chief Executive of Emirates Group, and Chairman of Dubai Supreme Council of Energy, was awarded AED 30,000 for their design project. It was one of 33 select awardees from around the world recognized for their work in several energy sectors.

The winning project comprised the development of an IoT-based smart utility meter which reads the electricity, gas and water consumption and displays their real-time values and status on Google Maps. The meter allows home owners and utility companies to check the status of the meters anytime and from anywhere using mobile phones or any other computing devices that have internet access. The utilities company can disconnect or connect the meter remotely in case a consumer has not paid the bill on time.

The company can inform the home owners via their mobile phones about the price of the KWh, gallon or litre. This will help consumers schedule the use of their home appliances to avoid peek price and keep a check on their usage.