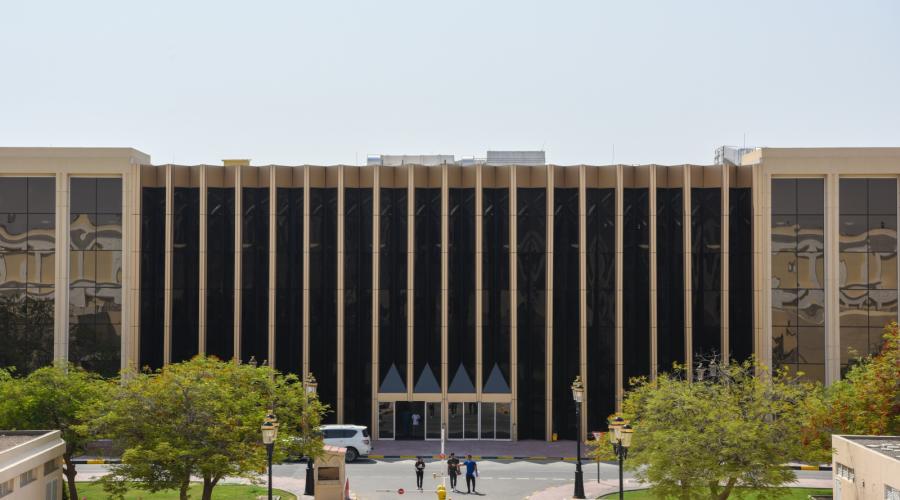 Students from the Department of Computer Science and Engineering (CSE) at American University of Sharjah (AUS) were part of a team that won the Audience Award for creating a platform for learners in low connectivity areas at the 2020 Annual NYUAD International Hackathon for Social Good in the Arab World, held April 16—19.

The team, which comprised AUS College of Engineering (CEN) students Ali Sajun, Brylle Gomez and Lana Hussain, along with students from New York University-Abu Dhabi (NYUAD) and the National School of Computer Science in Jordan, worked with six mentors, including three from IBM UAE, one from Microsoft UAE, and two educational specialists from the UAE and the US.

The ninth edition of the Hackathon was held online and focused on promoting innovation in computer science, tech startups, the development of innovative technology for social good, and addressing areas impacted by the COVID-19 pandemic such as education, health, business, science and others. The event hosted 120 judges, mentors, and students. The latter were divided into teams of five to seven students and received mentoring from experienced international industry and academic leaders.

“Our hackathon project was called Nitaq, which means range. It is a platform that reaches out to learners in low-connectivity areas and offers them a gamified learning experience. Through this platform teachers submit their lesson plans to an online community of content creators, who transform this content into text-based and story-driven ‘adventures’ that students can download from the Nitaq mobile application using minimal bandwidth,” explained Gomez, a computer engineering major in his fourth year at AUS.

The feature that impressed the judges the most was the application’s ability to support multiple students taking the course together if they are within 100 meters of each other even if they did not have an internet connection, added Sajun.

“This was made possible by employing a technology called Mesh Networks which makes use of the phone's WiFi and Bluetooth to connect devices to each other even without the internet,” he explained.

Sajun, who is also a fourth year CSE major, said:

“This was my first hackathon and it being held online was a really unique experience. We wanted to choose an idea which would really make an impact. After brainstorming, we realized that while many people are complaining about being stuck at home due to social distancing, despite having access to high speed internet through which we are able to engage in distance learning, there are millions of people around the world who don't have the luxury of continuous internet. In such cases, children are not able to continue their education or have much interaction with their peers and classmates. Therefore, we decided to dedicate our project to helping them.”

The application can be used in multiple contexts including in refugee camps.

The team faced several challenges while working on this project, including coordinating tasks between the nine members of the team, addressing the ‘distance’ problem by using Zoom calls and Slack chats, constantly working and re-working the ideas to live up to the judges' expectations and mentors' suggestions, working with Mesh Technology, which students were unfamiliar within a limited time, and delivering a working prototype, all within a 48-hour period.

However, there was a lot to be learned from the experience. Gomez said:

“This experience has taught me, more than any other— apart from major AUS submissions — what it takes to survive and thrive in a highly competitive, time-constrained but greatly rewarding environment. Moreover, it has taught me that collaboration between people of diverse cultures and origins is not only possible but highly beneficial to the world and the consistent challenges that we humans face.”