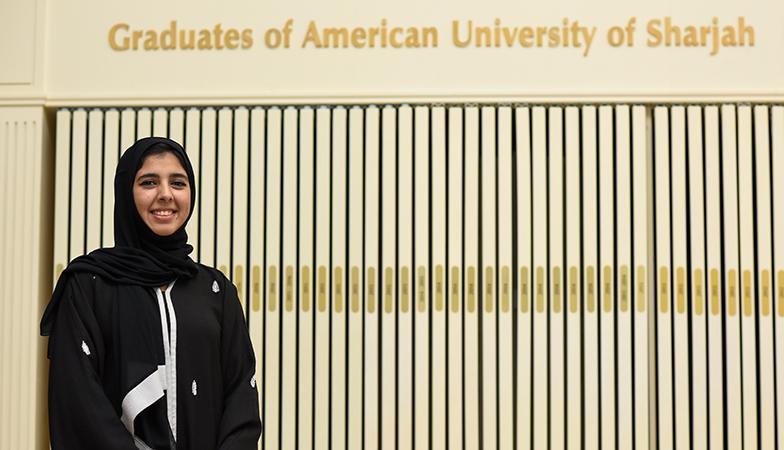 Noora Alsaeed, an American University of Sharjah (AUS) graduate, co-authored a paper published in Science, an academic journal of the American Association for the Advancement of Science (AAAS), which publishes articles that rank among the most cited in the world. She co-authored a paper on studying the upper atmosphere of Mars and the evolution of the Martian atmosphere.

Alsaeed, a member of the AUS Class of 2017 with a Bachelor of Science in Mathematics degree and a minor in physics, said:

“Students in the UAE have the capability to produce research of the caliber that can be published in renowned science journals, they just need the right infrastructure for it. I believe we are headed in that direction as a nation.”

“Noora is a perfect example of the success that bright students can have at AUS: research and international publications with AUS faculty members, conference presentations, internship abroad, media exposure, and acceptance at excellent graduate programs after graduating from AUS. I am happy to have discovered Noora from her very first semester and was able to do good research with her while at AUS and after she left. I believe she will have a stellar career in astrophysics and space science.”

Alsaeed is currently pursuing her doctoral degree in astrophysics and planetary sciences at the University of Colorado, Boulder, specifically studying volatiles on Mars. She is being sponsored by the Mohammed Bin Rashid Space Centre (MBRSC). She intends to join the MBRSC upon graduation to continue her work in data analysis of the Martian surface.