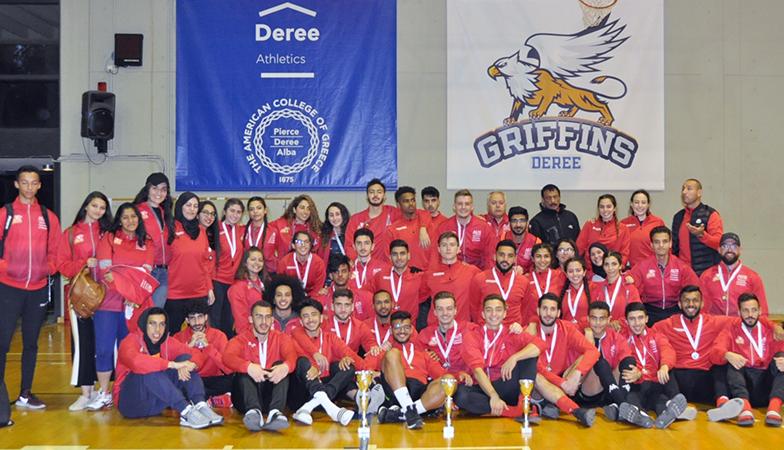 Six teams participated in the men’s soccer tournament. The AUS Leopards fought well in the final match but the combined attack of ACG before their home crowd overwhelmed the AUS team who had to settle with the runners-up trophy at the end.

In women’s futsal, AUS did well in their first international appearance and won third place.

“The trip this year was one of the most successful and enjoyable sports trips we’ve ever had and the competition was one of the toughest with well-known universities participating in the international festival,” said Mohamad Elsayed, captain of the men’s soccer team.

According to Merihan Dobia, captain of the women’s soccer team: “This trip was a great experience on both a personal and a team level. Personally, I enjoyed traveling abroad and visiting Greece. Moreover, it was also a great team activity as it improved our chemistry on and off the pitch. This was also great as it was the first time the Women's Football team participated in a tournament abroad. Hopefully, there will be more such opportunities in the future.”

“The sports festival is an excellent opportunity for our students that allows them to not only compete against teams from different countries, but also positively affects their personalities and skills. We are proud of all our teams’ achievements, especially the women’s soccer team as it was their first time taking part in an international sports tournament,” said Munketh Taha, Director of Student Development and Organization and Acting Director of Student Athletics and Recreation.