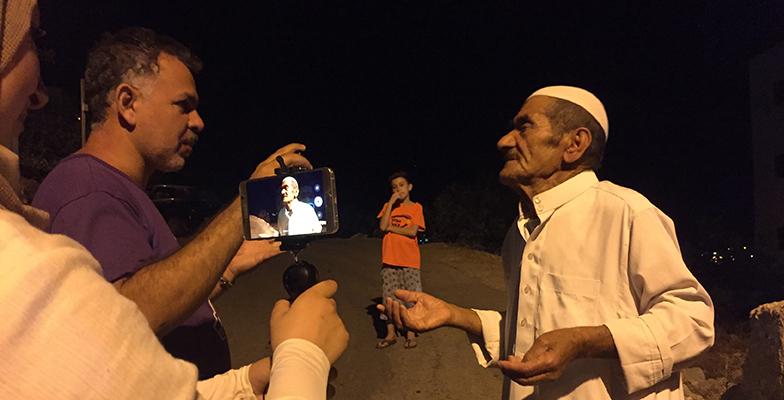 Dr. Sohail Dahdal, a faculty member from the College of Arts and Science (CAS) at American University of Sharjah (AUS), is working on a project to preserve Palestinian culture by creating a virtual reality documentary that reimagines the past using new technologies.

Filming of the Palestinian cultural project began in 2017. It will feature a collection of stories entitled ”Kan Yama Kan” (Once Upon a Time) with Palestinian elders speaking of a harmonious time before 1948.

The project is the brainchild of Dr. Dahdal, Assistant Professor of Mass Communication at AUS, who is working in conjunction with Palestinian youngsters; Sharek Youth Forum, a Palestinian youth organization; as well as AUS students from CAS and the AUS College of Architecture, Art and Design (CAAD).

“Palestinian villages have a rich history of oral storytelling. In Palestine, the village elders carry a valuable oral history that often includes specific stories related to the village and thus are not documented elsewhere. By interviewing elders in villages across Palestine, we are getting stories that might have been lost once this elder passes away and so we only have a small window to capture those stories before they are lost forever.”

The idea of the project came to Dr. Dahdal in 2003 while running a summer camp for children in the Palestinian refugee camp of Jenin in the occupied West Bank:

“This project has been long in the making. During the summer camp in 2003, there were 80 participants, and each night they would listen to Palestinian elders sharing stories of Palestinian history. The kids then created artwork and films for two weeks inspired by the stories.”

The completed project will be shared online via social media, in addition to a touring virtual reality documentary.

The Palestinian Cultural Project is supported by a Faulty Research Grant from AUS and the Sharek Youth Forum.