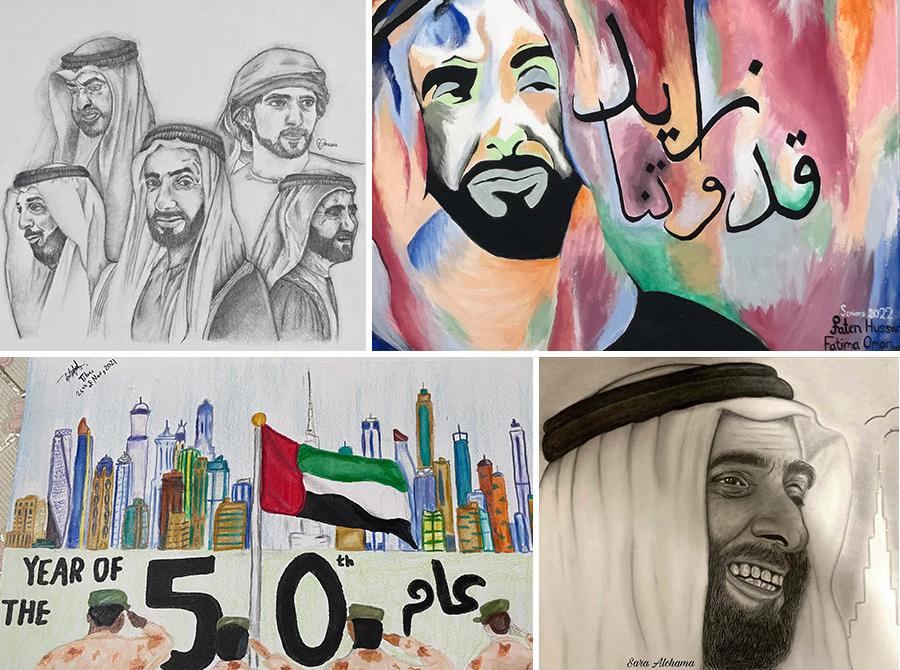 American University of Sharjah (AUS) recently held an art competition marking the 50th UAE National Day for students in high schools that are part of the university’s Sharakah Program.

Organized by Office of Enrollment Management, the competition saw high school students participate in the online Sharakah Schools Knight Arts Challenge 2021. Their artistic submissions were shared on the Sharakah Program’s Instagram account, where they vied for awards.

“Through this competition, we wanted to engage high school students at our Sharakah partner schools in celebrating the UAE’s Golden Jubilee. We wanted to give them a space where they could celebrate creatively. We saw so many beautiful artworks posted by the students that clearly showed the time and effort they spent on the project,” said Ali Shuhaimy, Executive Director of Enrollment Management at AUS.

The AUS Sharakah Program is a community engagement initiative that aims to foster partnerships between AUS and select schools from around the country and region. For more information about the program, please visit www.aus.edu/sharakah.