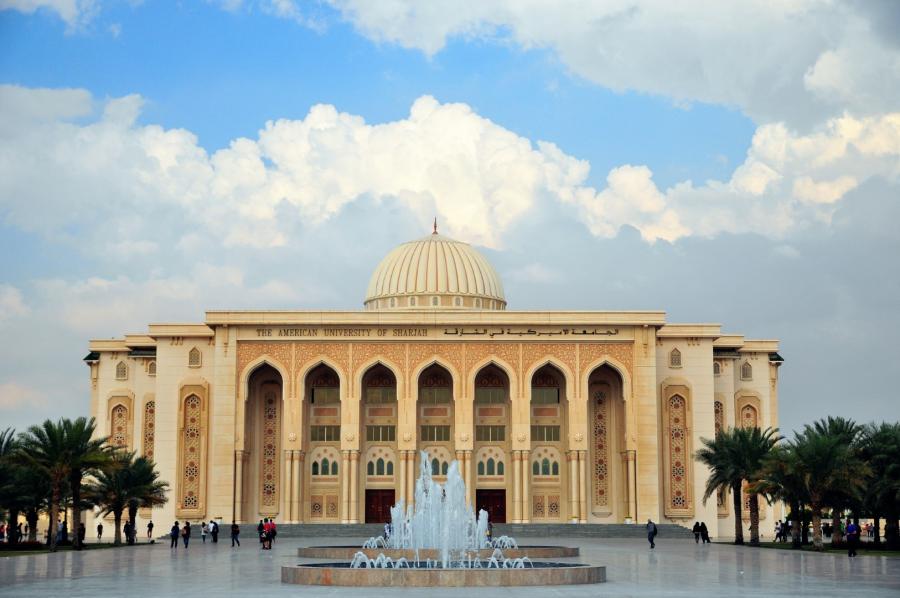 Organized in partnership with the Dubai Airshow 2021, this nationwide competition was designed to inspire a new generation of talent to build careers in the fast-growing global space and aviation industries. Teams were tasked with designing a 3D model of an Unmanned Aerial Vehicle (UAV) to fly in Planet X’s atmosphere and building an Unmanned Ground Vehicle (UGV) that can finish five missions in five minutes, such as collecting rock samples, retrieving a lost UAV, moving the UAE flag to an allotted position, and parking the robot. In designing the UAV, teams had to take into account the conditions of Planet X, such as its atmospheric pressure, gravity and surface temperature.

AUS teams came in first, second and fourth in the competition.

Dana Osama Mohamed, a senior computer engineering student and a member of the team that won first place, said the competition provided an opportunity for personal growth and a chance to meet experts in the field of aerospace and aviation.

“My teammates and I are overjoyed with this win, as we worked really hard on it while trying to balance our university studies. We got to meet an AUS alumna who is currently working with the Mohammed Bin Rashid Space Centre (MBRSC), who spoke to us about her experience at AUS. We were also happy to interact with the engineers from MBRSC such as Mr. Mohsen Al Awadi, and to meet the Director of the Hope Mars Mission, Mr. Omran Sharaf. Overall, the experience was amazing, and I would encourage other AUS students to compete, especially that AUS students are equipped with the means to win,” she said.

Mohamed was responsible for designing the 3D model of the UAV, while her teammates and senior computer engineering students Wisam Orabi and Youssef Awad worked on the project research, and building the UGV and optimizing the code for the missions, respectively.

The team found the knowledge they gained in their AUS programming courses to be an invaluable resource in the competition.

“AUS courses taught us how to use Python like no other resource out there, and it gave us a huge advantage in the qualifications phase of the competition. Generally, AUS courses encourage us to work hard and push us to explore topics on our own. Even though none of us had taken a course about robotics, 3D modelling or aerodynamics, we still managed to learn what is needed to win the competition,” explained Mohamed.

The members of the AUS teams decided to enter the challenge after being notified of this opportunity by the AUS Student Leadership Program. To qualify for the competition, participants had to write an essay about the design of an aircraft that can fly in the atmosphere of Planet X then take part in a Python programming contest. This was followed by two training sessions on 3D modelling and printing, and the use the EV3 LEGO Mindstorm kits to build the robots.

Speaking about his team’s performance in the competition, Rohan Mitra, who is pursuing bachelor’s degrees in both computer science and mathematics, said: “We are extremely excited! We were glad we came second, especially that we had some last-minute trouble with our robot right before the start of the competition. It all came down to last-minute problem solving under pressure and all our hard work paid off. One of the most important lessons we learned was triple check everything before the big day, and then check it again.”

The third AUS team was declared one of the top five finalists in the competition.

Amira Elnashar, a computer science student with a minor in data science and computer engineering, said that the competition taught her soft skills such as conflict resolution and keeping an open mind when working with people who bring to the table a host of ideas.

“Working as a team with others is something that can only be learned with time and experience. It requires adaptability but is very rewarding. I believe our recognition in the competition was well deserved, especially that worked very hard. While we were hoping to be at least among the top three winners, we are still very proud of making it to fourth place in the UAE,” said Elnashar, who hopes to fulfil her dream of becoming an astronaut one day.