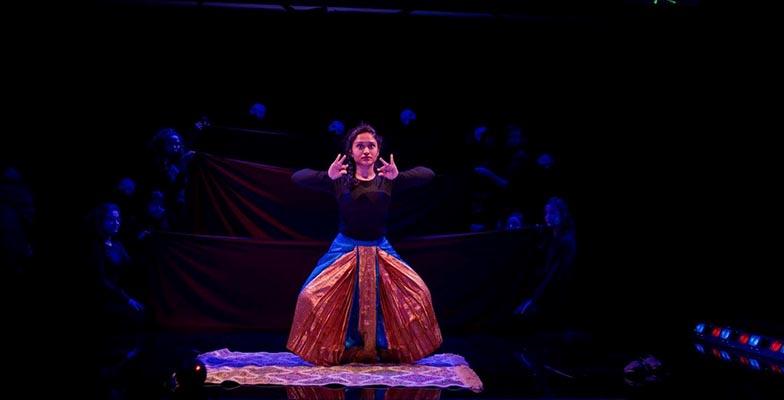 The Performing Arts Program of the College of Arts and Sciences (CAS) will hold its Second International Theatre Festival from February 3-11, 2019. The week full of workshops, event, and performances will be open to the AUS community and general public and more than 60 students, faculty members, and guest artists will participate in the festival.

According to Anthony Tassa, head of the Performing Arts Program, the festival will see the participation of various universities outside of the UAE – including Texas Tech University, Clemson University, Michigan State University and the American University of Kuwait, along with guest artists. Two major theatre directors, a film actor, and a prominent drama critic will be part of the line-up.

“There will be workshops that will be led by a panel discussion held by the faculty members from all the participating universities, where they will sit and provide feedback on what works and what does not,” said Tassa.

He added that the most exciting part of the festival would be receiving students from outside the region to present their own work and learn from one another.

The main thrust of the plays presented would be in the “devised theatre” form – collectively written by groups – crafted by students and faculty members.

Some festival events – various plays, lectures, workshops, and seminars – will require attendees to purchase tickets. The plays presented will also require students from theatre classes to audition beforehand during the week of the event.

Layan Abouchkaier, an AUS student minoring in theatre, said that the festival would give her the opportunity to improve her acting skills and learn from the participants.