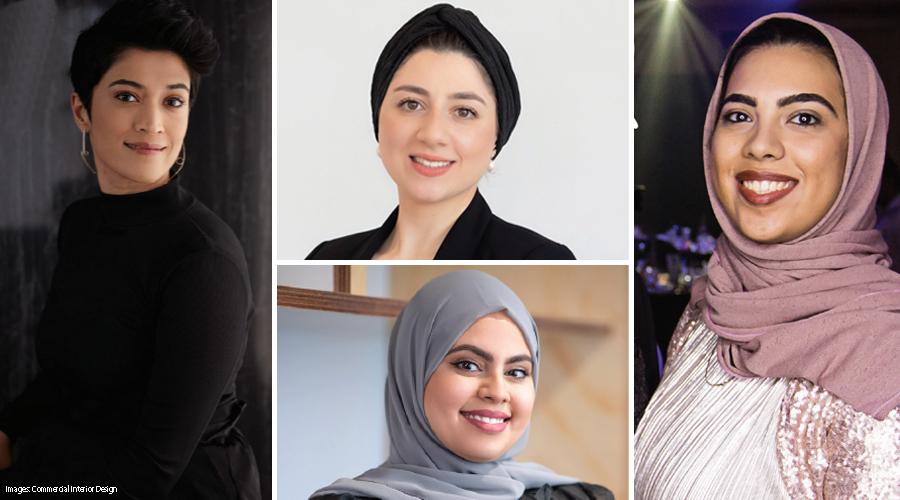 Four alumni from American University of Sharjah’s (AUS) College of Architecture, Art and Design (CAAD) have been named among this year’s top regional interior design talent in a list compiled by UAE-based magazine Commercial Interior Design (CID). Proud AUSers Pallavi Dean, Fatima Elfeki, Marah Balash and Tala Alnounou were all commended for their contribution to the industry.

CAAD Associate Professor Juan Roldán, who is the new educational coordinator of the Royal Institute of British Architects Gulf Chapter, was also featured in the same publication.

“Having four of our CAAD alumni featured among the 10 best young professionals in interior design regionally gives us immense pride. It shows our educational model's potential in terms of skill sets and how it is linked with the industry at all levels. It is essential to acknowledge the importance of these women as role models for our students,” he said.

Multi-award-winning designer AUS alumna Pallavi Dean was ranked as the Top Designer in CID’s Top 50 Power List. Founder and creative director of boutique design firm Roar, Dean was referred to as “a true powerhouse” in the interior design industry for the MENA region.

A member of Dean’s team, AUS interior design alumna Fatima Elfeki came in second among the region’s top Young Talent. This follow’s Elfeki’s nomination for CID’s Young Interior Designer of the Year award in 2020. Also a graduate of Kingston University London, she lists presenting her master’s thesis to her mentor Roldán and his class at AUS as one of her career highlights to date.

And interior designer-turned-marketing-guru Tala Alnounou was also listed among the region’s top new talent, coming in at number 10. As Head of Marketing and Research at leading global architecture and design firm LWK + PARTNERS, Alnounou was commended for her award-winning work in developing strategies and creative concepts and exponentially expanding the firm’s portfolio in Dubai.