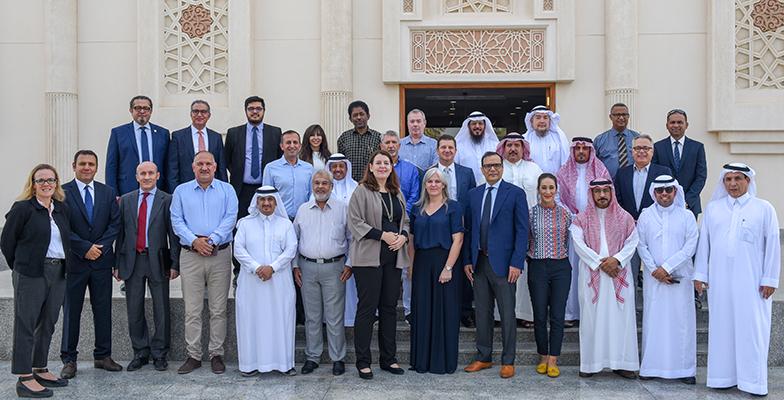 A delegation from King Fahd University of Petroleum and Minerals (KFUPM) led by the Director of Office of Organizational Excellence Dr. Iftikhar Nadeem visited American University of Sharjah (AUS) on Thursday, September 27 , and met with AUS Chief Operating Officer Dr. Jeannette Vinke and other university administrators.

Dr. Vinke briefed the visitors about the work of AUS, the academic programs it offers, as well as its plans to transform into a regional research center. The delegation also had one-on-one meetings with AUS administrators, which was followed by a brief tour of the university facilities.

“I am happy that you chose to come to AUS, and I hope that this visit, which reflects the strong ties that bond KSA with UAE, will be a continuation of a mutual collaboration between our universities,” said Dr. Vinke in her address to the delegation.

Dr. Nadeem noted that this is the university’s second visit to AUS. “We have already visited the Imperial College of London and Stanford University and coming to AUS was an obvious choice as it is one the best universities in the region,” he said. “We want to exchange experiences so we both can learn from best practices since we have common programs.”