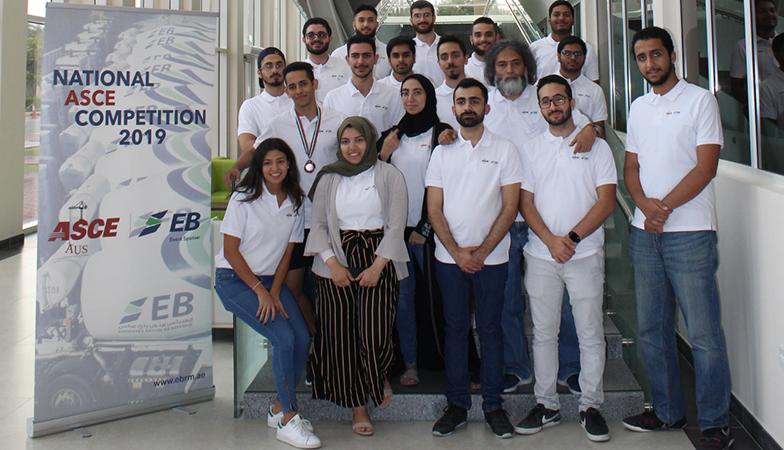 AUS won top honors in the concrete crushing category, with UoS and MAHE coming second and third respectively. Speaking about the win, AUS student Mohamed Aboel Yousr said: “For me personally, the ultimate victory in any competition is the inner satisfaction you get from knowing that you have done your best and that you have gotten the most out of what you had to give.”

The ASCE competition, which attracts university students from across the country, is seen as an exciting extracurricular activity that has a bearing on the students’ academic work as well as their future careers.

Ahmed Zakariya, a civil engineering student and a member of the ASCE chapter at AURAK, said: “Given the knowledge and skills we gain from our education, I believe competitions like these are a great way to put it into practice what we learn in the classroom.”

All the winning teams received awards, which were sponsored by Emirates Beton. The annual ASCE competition also highlights the diverse programs and events at held at AUS.