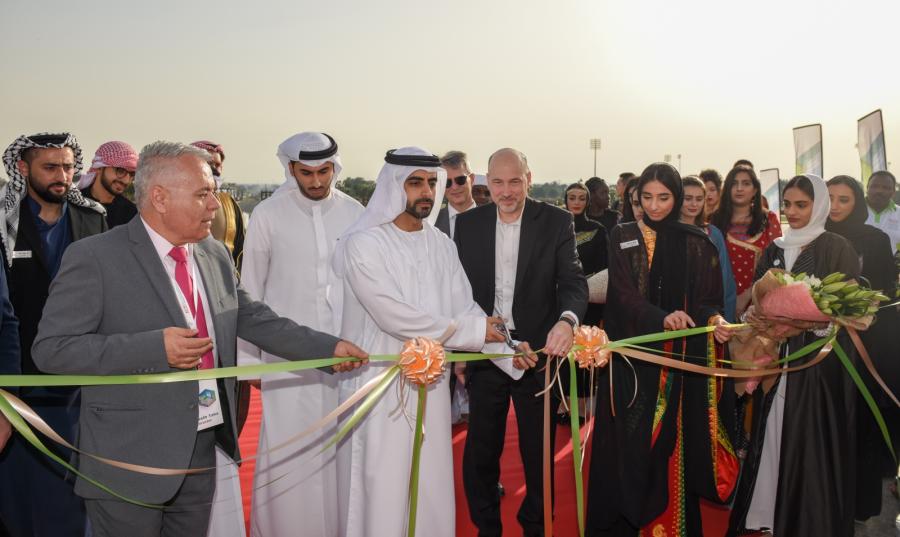 As one of the largest events held at the university every year, Global Day highlights the cultural heritage of the many nationalities that comprise the AUS student community as it turns the university campus into a festival of color and culture. Named as the most internationally diverse university in the world, according to the Times Higher Education World University Rankings 2017-2018, AUS has students of 94 nationalities currently enrolled in its undergraduate and graduate programs.

Twenty-nine cultural clubs have set up pavilions at the two-day event to showcase their heritage, history, cuisine and folklore. Stalls depicting the culture of countries such as Brazil, China, Palestine, Turkey, Pakistan, Nigeria, Egypt, Lebanon, Korea, United States of America, among many others, grace the Main Plaza, providing visitors with a glimpse of the multicultural campus life at AUS. The outdoor dining outlets offer a wide range of cuisines.

Organized by the Office of Student Affairs, the event adopted the ‘Year of Tolerance’ as its theme in support of the government’s commemoration of 2019 as the Year of Tolerance.

“AUS is renowned throughout the region for its lively multicultural campus life. Global Day epitomizes the spirit of tolerance, camaraderie and mutual respect that is the hallmark of our university. This event provides students with an opportunity to showcase their talents as well as their cultural traditions and heritage. This year we have placed special emphasis on sustainability with regard to the construction and assembly of the many country pavilions and stalls.”