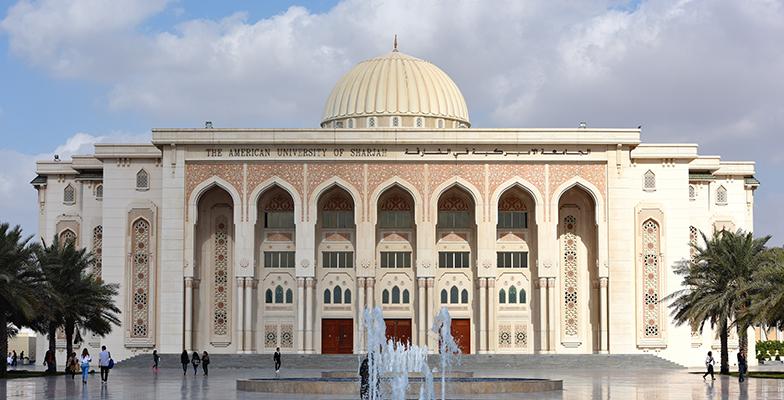 American University of Sharjah’s (AUS) strong performance in the recent QS rankings is a noteworthy milestone for the university, marking five consecutive years of being ranked as one of the Arab World’s top 10 universities.

Such accolades attest to the exceptional experience AUS offers its students, at both undergraduate and graduate levels. AUS has one of the world’s most multicultural campuses; AUS’ faculty represent 48 nationalities and over 77 percent of AUS’ student body is from abroad. The university provides opportunities for international engagement both on and off campus. Each year students study abroad at institutions throughout the world and participate in events such as conferences and athletic competitions globally.

The AUS experience has prepared alumni for career success and graduate study. A recent AUS graduate survey saw 88 percent of those responding to the survey employed in either full-time work or study. Organizations employing respondents included Etisalat, KPMG and UAE government departments, along with many other internationally reputable organizations. Alumni are routinely accepted into top graduate programs. One such notable graduate is Dr. Ahmad Nemer of AUS’ 2010 graduating class, who is now undertaking a prestigious post-doctoral fellowship studying protoplanetary disks at Princeton University. Commenting on his undergraduate experience at AUS, Dr. Nemer said that, “Without the education and the level of professionalism I received at AUS, I wouldn’t be where I am today. I was taught by top class professors, and the teaching and the curriculum were of the highest standards and definitely on par with the best US universities.”

While being a top-ranked university was a factor in Roa Daher’s decision to attend AUS, the reputation for academic excellence and the extracurricular opportunities were important considerations:

“I would like to congratulate AUS for being ranked within the top 10 universities in the Arab world for the fifth year in a row. While AUS' ranking factored into my decision of enrolling here, it was not the only reason I chose this university. I chose AUS because of its reputation for academic excellence that would help prepare me for life after college, in addition to the great facilities provided for student use. I can only imagine the incredible things that the AUS community will achieve over the coming five years.”