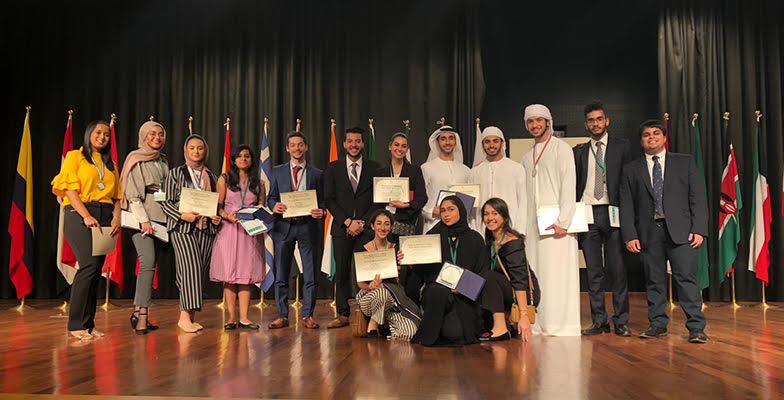 The AUS student delegation at the American University in Dubai Model UN 2018 (AUDMUN) received the "Best Delegation Award" in recognition of its outstanding participation at the three-day event held recently, during which they outperformed delegates from 25 different educational institutions.

Participating students acted as delegates from different countries and took part in various committees where they debated political and economic world issues. There were also a number of AUS students who participated as chairs in the conference.

"Participation is extremely important in such conferences as students get to enhance their skills, as well as connect with other Model UN organizations. This win is significant for AUS as it highlights the quality of research, debate, organization, and team spirit of the AUS Model UN (AUSMUN)," said Dr. Johannes Van Gorp, Assistant Professor of International Studies.

He added: "AUSMUN’s delegation in this year’s AUDMUN is significant as it gave other participating delegates an insight into AUSMUN’s team and conference through the delegation’s exceptional performance."

Eight of the 12 participating students received an award in recognition of their performance in their different committees. These were: