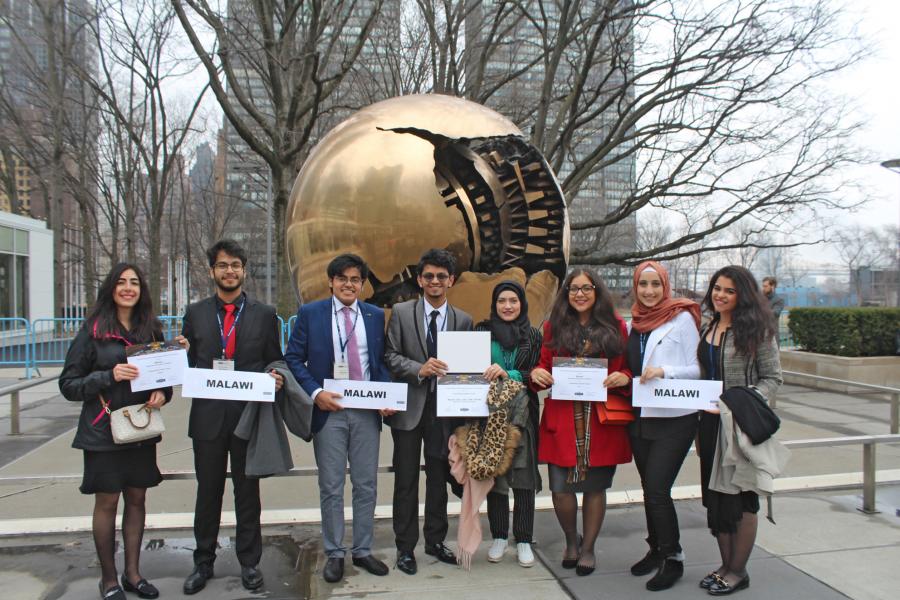 For the third year in a row, a delegation from the Student Leadership Program (SLP) at American University of Sharjah (AUS) won the Outstanding Delegation Award, the highest-ranking recognition, at the National Model United Nations (NMUN 2018) in New York City, United States, held March 25-29, 2018.

“Participating in NMUN2018 enhanced my interest in politics, diplomacy and solving global issues. Being selected as a rapporteur for a conference with such a great magnitude allowed me to communicate with people from different countries, backgrounds, and interests and provided me with a clear vision on the environment of work in the United Nations. Organizing, editing and monitoring ECOSOC's resolutions as well as overlooking the committee greatly improved my communication skills and challenged me in various ways, all directing me towards flourishing as an adept diplomat. It was truly a pleasure to have taken part of AUS's 2018 NMUN delegation team.”

“It is an honor to secure the Outstanding Delegation Award for the third time in a row. Our students worked hard for this event and attended numerous training workshops held in preparation. The United Nations simulation this year attracted more than 2,500 delegates from universities across the world, and gave participants a profound insight into the current political, economical, cultural and social issues. It was an unforgettable learning opportunity on pressing topics pertaining to human rights, global warming, education, peace and security. I congratulate our students on a job well done.”