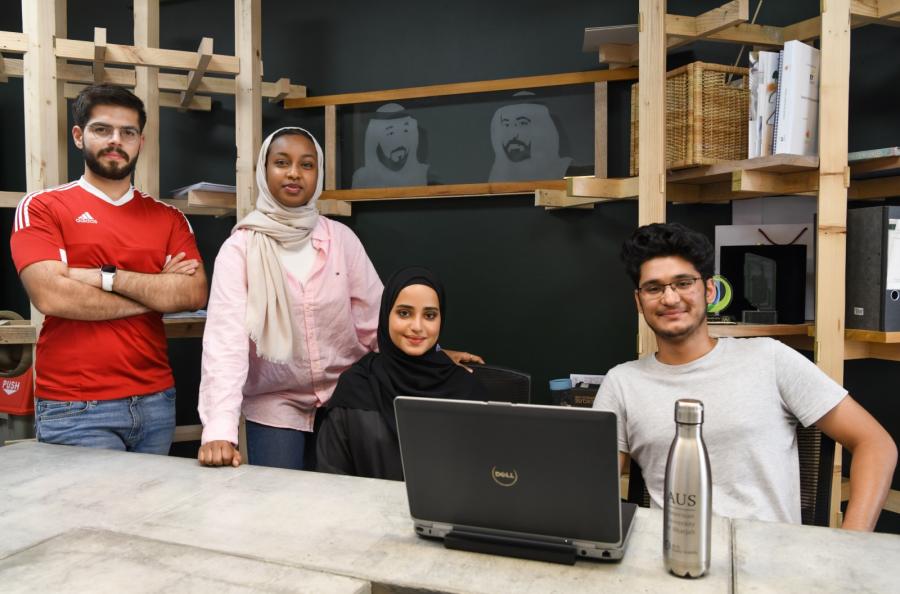 A team of four students from American University of Sharjah (AUS) has been awarded third place in the first edition of the Acting on Plastic Universities Competition. The UAE-based competition was organized by Dubai Investments and calls for integrated solutions that manage and treat plastic waste at universities following the reduce, reuse, recycle approach.

The four students, all employed as EcoRep student workers for AUS Sustainability, worked with AUS’ main food and beverage provider, Breakpoint, to propose a reusable take-out container system that reduces waste from take-away and delivery meals. The project complements AUS’ single-use-plastic ban, launched by the university in early 2020, and is evidence of the commitment of both students and campus food outlets to the single-use plastic ban.

The AUS team was awarded AED 20,000 to implement the reusable take-out container plan at AUS. The team will need to provide regular updates to Dubai Investments on project implementation and the achievement of set targets.

Rose Armour, Head of AUS Sustainability, said: “The Acting on Plastic Competition provided an opportunity for students to positively contribute to social and environmental wellbeing by addressing a critical environmental challenge. Winning this award is a testament to the university’s ongoing commitment to sustainability and demonstrates our efforts to empower students to become agents of change in the fight against plastic pollution. We are incredibly proud of the achievement of our EcoRep team and thank Dubai Investments for their vision and support in the fight against single-use plastic waste.”

Said Khalid Bin Kalban, Vice Chairman and CEO of Dubai Investments, added; “We, at Dubai Investments, are very proud that we had the opportunity to work with such inspiring, courageous, enthusiastic and talented young people on this great initiative. It’s been an eventful journey that emphasizes the leadership of new generations and determination to tip the scale towards more positive change and a sustainable mindset.”