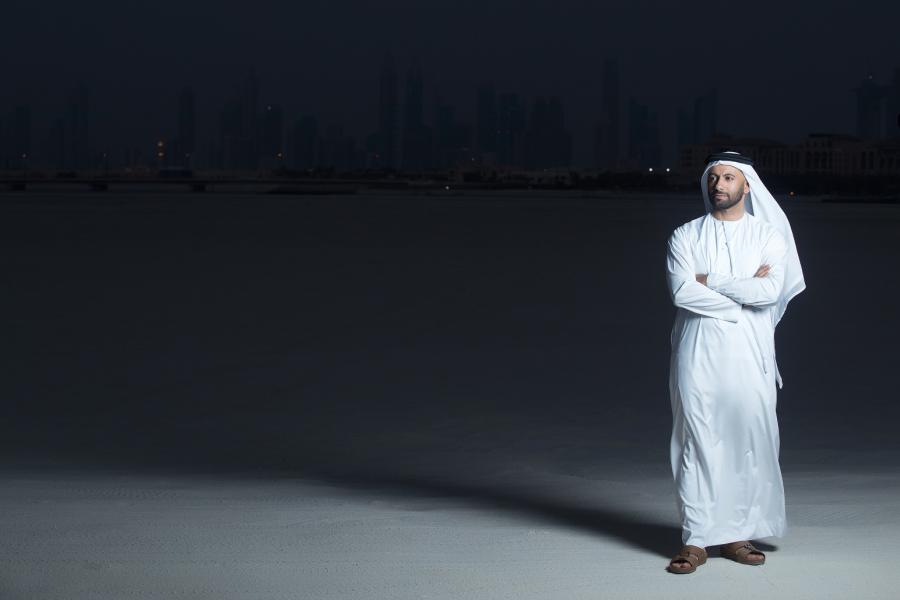 When Omran AlOwais was elected as the first-ever Student Council President of American University of Sharjah (AUS) in 1998, he could only imagine how much of an impact he and his fellow pioneers were making for future generations of AUS students. Fast forward almost 25 years as AUS celebrates its Silver Jubilee anniversary, the now successful architect and businessman believes ‘the AUS experience’ is what continues to shape him.

AlOwais said the first AUS Student Council election was an incredibly exciting time for the young university, which opened its doors to students the year before in October 1997.

“Because we were such a small community of less than 400 students, we all knew each other very well. When the student council elections were announced, it was basically every student competing against the other. I was very lucky to win the election and have the support of my friends, and then have the challenge of learning how to lead, negotiate and debate as the first-ever Student Council President at AUS,” he said.

“As an Emirati, it was very interesting to learn about election culture and debate for the very first time. It was a culture shock, but at the same time it was a new way of looking at things and gaining new tools that have helped me over the past 25 years,” he said.

From 1998 to 2001, the initiatives he led as President included making changes to campus catering, and organizing events and social activities.

“Perhaps today’s Student Council deals with different issues, but in 1998 the university was new so we had never done anything like this before. Because AUS was the first co-educational university, outside the gates, there was a little bit of hesitancy as to how we could operate with respect to the culture and religion. We had to get official permits to host events and have scripts cleared by the authorities, but we were pioneers and we made a lot of progress,” he said.

Beyond his experience on the Student Council, AlOwais said being part of AUS’ international community and having opportunities to travel as part of his studies in architecture were the most impactful for him.

“Because I studied at AUS, I learned how to understand and appreciate cultures other than my own. Today, international study tours are very standard at universities, however, 25 years ago this was not the case. Those tours took a lot of effort for our professors to put together—there was no booking.com back then! The fact that I was able to go to Berlin and Milan, learn about architecture in context and learn how to observe things in a new way was remarkable. For me, if I hadn’t taken those opportunities, I would never travel the world in the same way that I do today,” he said.

“Over the years, I have spent some time on other UAE university campuses both socially and professionally. AUS definitely offers a student experience that stands out from the rest. The education, the culture, the social fabric, the campus, the community—they are all part of a unique culture that doesn’t exist in other universities I have encountered in the UAE. This is the AUS legacy that connects us.”

Following his graduation, AlOwais established his own company and completed graduate studies in urban and regional planning. As founder of dubai-based architectural firm Ardh, he has a strong focus on culturally sustainable design which has a higher sensitivity to the environmental and social context.

The culture of AUS, particularly CAAD, has carried over into his professional life as he practices architecture.

“Over the years, my foundation for design that I learned at AUS has remained the same—only the complexity has changed. I am still being shaped as an architect; I have an evolving story,” he said.

“What’s happening at CAAD is a wonderful catalyst for the future of architecture and design in the region. The quality of work is at an international standard and it’s inspiring to see AUS students’ accomplishments, their passion and how they utilize what they learned into their work in the real world,” he said.