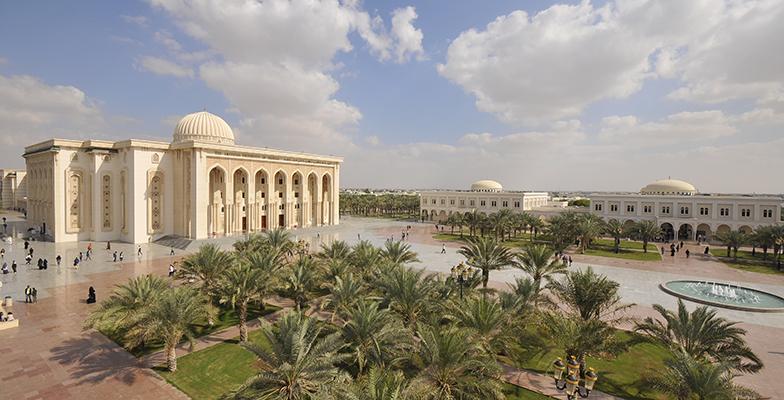 American University of Sharjah (AUS) is the official knowledge partner of the Next-Gen Space Tech event that commenced in Abu Dhabi today October 22. The two-day event brings together leaders in the UAE space industry, such as the Mohammed bin Rashid Space Centre, UAE Space Agency and Dubai Future Foundation, along with international players, including the Oman Astronomical Society and Netherlands Aerospace Centre.

With a focus on commercialization in the space sector, international space agencies, regulators, broadcasters, satellite communications operators and space-tech companies are in attendance. During the course of the event, participants will hear from a series of experts from the public and private sectors, including Dr. Nidhal Guessoum, Professor of Physics in the university’s College of Arts and Sciences. Dr. Guessoum will discuss the research he has undertaken with his students in the fields of gamma-ray bursts, Mars-type exoplanets, and the effect of solar winds on the ionosphere of Mars. Meanwhile, Dr. Mamoun F. Abdel-Hafez, Professor of Mechanical Engineering in the AUS College of Engineering, will lead another discussion at the event, examining the application of satellite navigation for autonomous air and ground systems.

As the UAE space industry undergoes rapid developments, contributions from experts such as Dr. Guessoum and Dr. Abdel-Hafez are expected to play a valuable role in connecting knowledge leaders and building relationships between donors, researchers and policymakers is one of the primary goals of the Next-Gen Space Tech event. Dr. Mahmoud Anabtawi, Dean of the College of Arts and Sciences at AUS, notes the importance of disseminating research in areas related to space:

“Space exploration is an area that crosses many different disciplines. Events such as this, especially as moves are made to commercialize space endeavor, are important in bringing the various stakeholders together. AUS is at the helm of several areas of research related to space exploration. It is important that we share new knowledge and expertise with others in the field at a regional and international level. This event is an opportunity to do this.”

AUS has been a keen supporter of the UAE’s space ambitions, contributing to the development of the country’s first nanosatellite, Nayif-1. A number of AUS alumni are currently working within the Mohammed bin Rashid Space Centre. With a new bachelor’s degree in physics launched this Fall semester, and the offer of a minor in aerospace engineering, the university hopes to educate a fresh cohort of graduates, ready to further the Emirates’ space goals. Such goals include having the Amal probe reach Mars by 2021.

More information about the physics degree and AUS’ space-related research can be found at www.aus.edu.