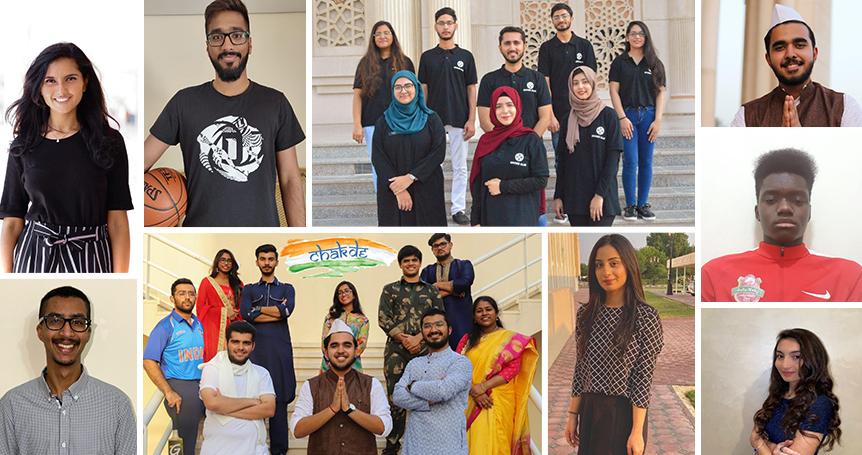 The event acknowledged the efforts, commitment and hard work of students who contributed in the areas of athletics and recreation, student engagement and leadership, and student residential halls. It also highlighted the importance of student participation in extracurricular activities that enrich student life on campus.

Speaking about the importance of recognizing the students’ contributions and hard work, Lina Saaed, a second year finance student and winner of the Most Outstanding Female Athlete Award, said: “The athlete I’ve become is a result of hours of practice, of coaches who pushed me, and most importantly, passion. There is no substitute for being recognized for something you are passionate about, and for that, I’m thankful.”

Mariyam Siddiqi, a fifth year chemical engineering major and winner of the Most Outstanding Student Leadership Award, said that she was thankful for being selected for this award: “I am blessed and grateful to have had such an eventful life at AUS and to have received so much love, support, and appreciation for my work. I always aimed – through my work with the clubs and with the Student Leadership Program – to test my capabilities and engage with the community. That is why this recognition is the cherry on the top. This award is a great farewell gift as I will be graduating this semester. I can't be thankful enough, and I promise to keep in touch, especially with OSA, once I am an alumna and give back to the community!"

The following students were recognized during the virtual award ceremony:

Dr. Lisa Bardill Moscaritolo, Vice Provost for Student Life at AUS, said that the university’s student leaders, student organizations, athletes, and sports teams work hard during the academic year on a variety of programs and competitions and it’s important to recognize their contributions.

She said: “We did not want to miss the opportunity to recognize this year's outstanding students. So, we carried the awards ceremony online. We were fortunate to have received excellent student nominations which made it even more difficult for the committee to choose this year's winners. We are proud of our students in their engagement especially since March when we moved to online learning. The student leaders continued to make a difference through social media and other means to stay engaged and demonstrate how AUSers excel outside of the classroom as well.”