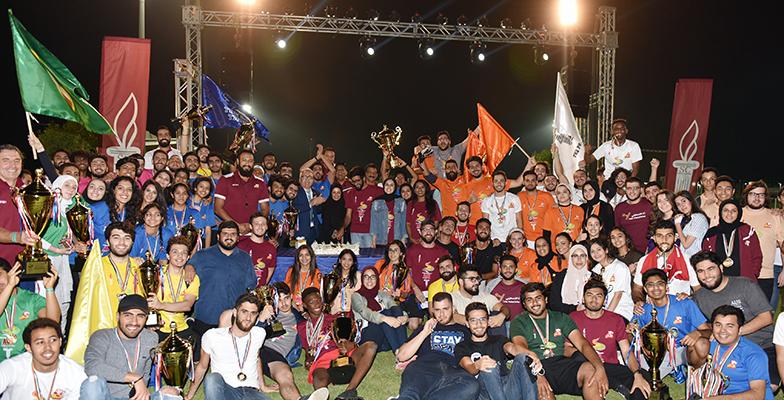 The much-awaited annual AUS Sports Games were held April 17- 18 amid great mirth and camaraderie, with the team Blue Tigers emerging as the overall champions. The fantastic turnout from the students in their club uniforms and the pleasant weather were the perfect boosts for around 600 students to participate in the event, which was organized by Student Athletics and Recreation in collaboration with the Student Council. The event saw 457 male students take part in three individual competitions and four-team games, while 139 female students participated in all events except cricket.

Ali El- Barag of the Desert Warriors and Kausar Abdul Qayum of the Sultans were declared the healthiest man and woman at AUS, respectively. Mohammed Kyuare of the Student Council and Maryam Al Hamad of Al Ahmar were the fastest on track. In table tennis, Faiz Basheer of Blue Tigers and Shaya Iram of Schwarz Und Weiss won the gold.

The Sultans won the cricket championship, and Mehdi Raza Asaria from the Blue Tigers was awarded with the Most Valuable Player trophy.