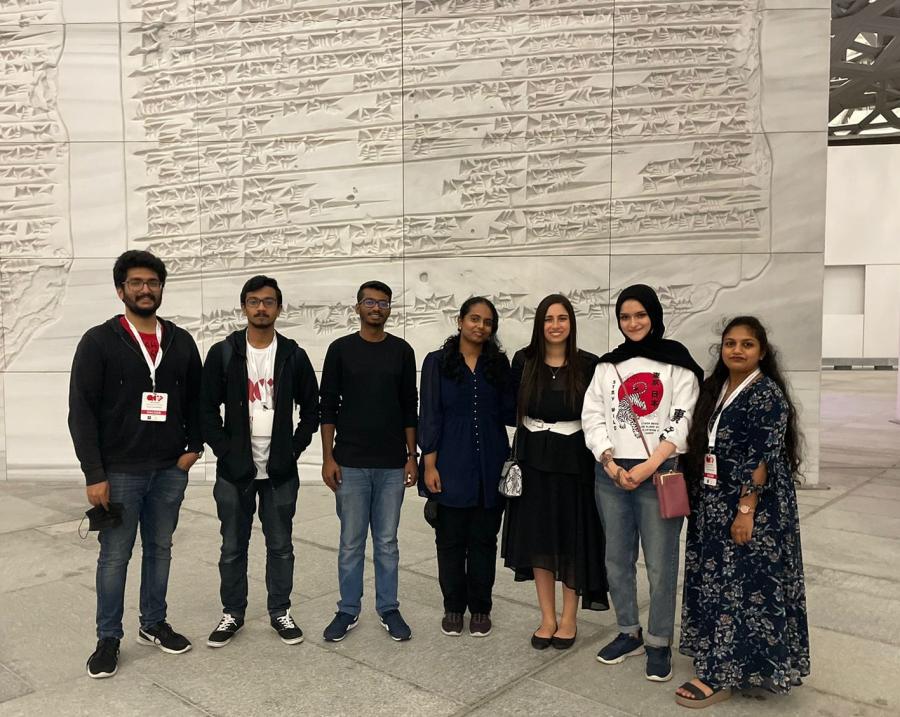 An autism diagnostic and treatment platform, an application for nurse scheduling and a sensor for detecting viruses were some of the winning projects American University of Sharjah (AUS) students built as part of the 10th annual New York University Abu Dhabi Hackathon for Social Good held recently.

The three-day programming marathon challenged students to use quantum computing technology for building solutions to challenging problems while working in cross-disciplinary and diverse global teams. International quantum computing experts mentored the students throughout the competition as they explored quantum computing solutions in a wide range of challenging projects that involved machine learning and AI, and complex simulation problems in physics, chemistry, computer science, healthcare, math, online gaming, security, social sciences and the arts.

“Our idea involved building quantum sensors for detecting viruses like COVID-19. It offered quicker and more accurate results than a conventional PCR. Given that such sensors are not easily accessible, our prototype is a software package that allows researchers to simulate and design such sensors. During the three-day hackathon, we went from ideation to prototyping to finally presenting in front of the judges and audience,” he said.

Farhan found the experience both educational and enriching.

“I am thrilled to have won second place, especially in a competition with more than 15 teams and 150 participants from all over the world. My team was as diverse as it could have been. All nine of us were from different countries,  and it was really interesting to hear about their academics, interests and research. The skills I had gained at AUS helped me during the competition, such as programming, problem solving, and logical thinking, which were built through the university’s various courses. Also, coming from a university as diverse as AUS helped me fit in with the team easily,” he said.

For computer engineering students Ali Reza Sajun and Donthi Sankalpa, winning the Best Presentation Award was a great achievement. Comprising students from universities in the UAE, Ghana, Egypt, Canada and Palestine, the team developed NurseQ, a web-based application for optimal scheduling for nurses. The team developed the idea, created a brand and business strategy, and built the code for the application.

“Competing and winning in the hackathon was great, as it proved to us that we were effectively able to deliver our vision to an audience and engage them. I believe the skills we gained at AUS allowed us to think quickly on our feet and to generate new ideas faster. The soft skills we also learned allowed us to develop our presentation skills, which helped us win the award,” said Sajun.

He added: “It was very inspiring to work with a diverse group of people from different countries, cultures and technical backgrounds towards one goal. We were able to learn from each other's experiences and this helped us produce our final product.”

The team of computer engineering student Ansah Juned Siddiqui won the award for Best Social Good Applied to the Region. Named qSa’id, the quantum computing-based platform was designed to assist doctors and their patients with autism by speeding up the diagnosis and treatment process.

“My teammates and I were assigned the task to create a quantum machine learning model on the web-based interactive development environment Jupyter. Although the quantum and machine learning parts were relatively new to me, AUS definitely helped me with the necessary skills like problem solving, critical and logical thinking to effectively learn and implement the solution from scratch. I feel amazing that our team won. We put a lot of hard work into it from planning to execution, so it feels rewarding,” said Siddiqui.

Housed in the College of Engineering at AUS, the Department of Computer Science and Engineering provides students with enriching educational experiences to help them achieve their long-term goals. The curriculum is continuously upgraded to meet the needs of the changing world, and the hands-on laboratories allow the students to put into practice what they learn in theory. AUS offers bachelor’s degree programs in both computer science and computer engineering, along with a master’s degree in computer engineering. For more information about these programs, please visit www.aus.edu/cen/department-of-computer-science-and-engineering.