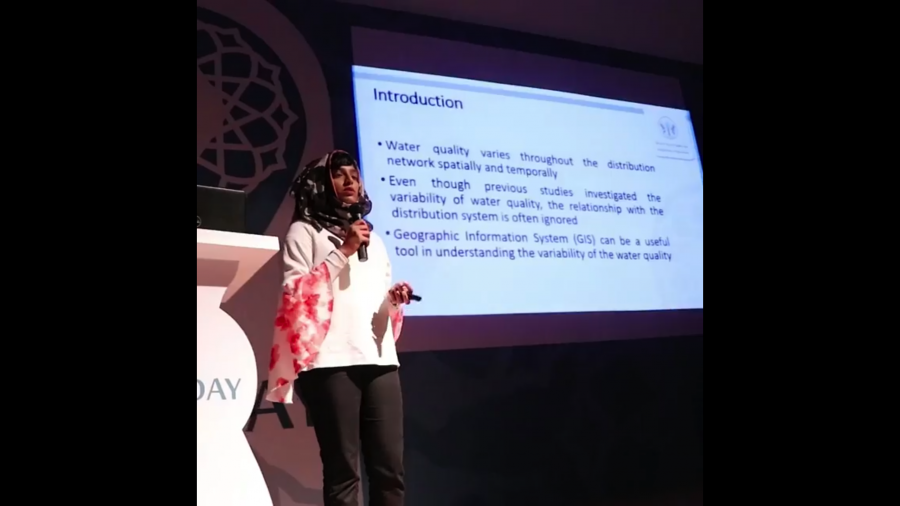 A study on the variability of water quality in the emirate of Sharjah was conducted as part of the second Sharjah Electricity and Water Authority (SEWA) Geographic Information Systems (GIS) 2018 competition held recently. An American University of Sharjah (AUS) team won second place amid 12 government agencies, three universities, regional and international companies, and the IT Department at SEWA. The competition involved real-world projects that utilize Geographic Information Systems.

Dr. Tarig Ali, Associate Professor of Civil Engineering and Interim Director, Geospatial Analysis Center (GAC), and his team were declared runners-up in the university research project category with their project entitled “GIS-based Study on the Variability of Water Quality in a Water Distribution Network.”

“Temporal variations indicated similar water quality characteristics throughout the three-year period (2012-2014) while spatial variability indicated that the older part of the city is susceptible to water quality degradation more than the newer areas. Although the measured water quality parameters didn’t exceed the limits set by World Health Organization (WHO), and the government, vulnerable sections of the network can be maintained with priority to ensure a sustainable water distribution network.”

The winners were awarded a certificate and cash prizes.