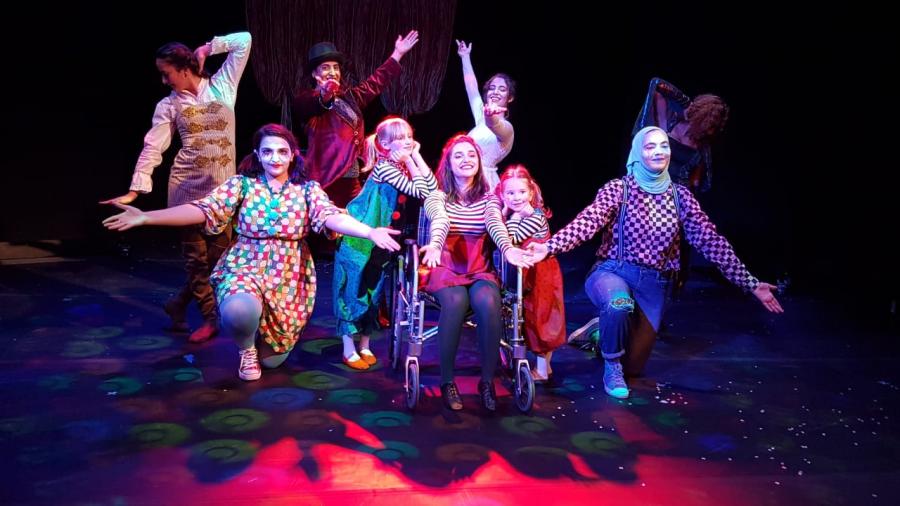 Cirkus, a story of loss and redemption, opened to the public last night at American University of Sharjah (AUS). Written by the student cast members and Professor Anthony Tassa, Coordinator of Performing Arts at AUS, the play tells the story of a young lady who has suffered a tremendous tragedy in her life. Guided by a pair of circus clowns and a magical ringmaster, she travels to the circus and derives inspiration from the performers.

Speaking about the play, Tassa said:

"It began with story-circles with students telling original personal stories, then it slowly evolved into fictional adaptation of personal stories. We developed movement and dance sequences around the stories, as well as short image-driven monologues. The final piece was fully created by the ensemble cast. Most plays begin with the written text. This was devised, which means the ensemble developed the entire piece. It is, in essence, a world premiere."

Nine cast members including two children, three stage managers, five stage hands, and numerous other students assisted with other elements of production while designers and the director were faculty.

This production, which runs November 7—9 and 11—13, will represent AUS at its Second International Theatre Festival to be held in February 2019. The festival will feature workshops, lectures and events for undergraduate theater students from selected universities as well as an assortment of theater productions.

"The goal of the festival is to promote performing arts activities and programs at AUS and throughout the United Arab Emirates through training and activities with international and local artists, as well as partner universities. In addition to allowing AUS to present a wide assortment of current and emerging works from outside institutions, the international festival will develop future exchange and collaborative opportunities between AUS and various outside universities,” said Tassa.

The AUS community, students, faculty and staff will be involved in workshops, lectures, and masterclasses by premiere artists and educators in the performing arts fields. The festival will host Chris Jones, leading drama critic with the Chicago Tribune; Angus MacFayden, professional actor from the film Braveheart; Carlos Uriona, Artistic Director with DoubleEdge Theatre Company; and Sanja Tasic, independent devised theatre director and practitioner, among others.