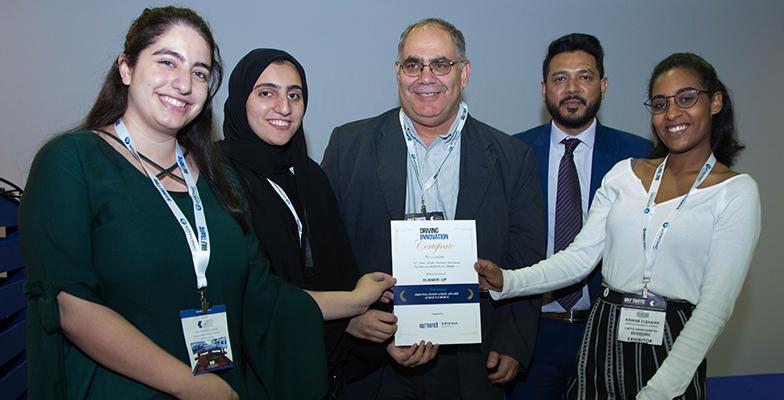 Engineering students from American University of Sharjah (AUS) won second place in two categories of the Driving Innovation competition held at the Gulf Traffic exhibition. The aim of the competition was to design and develop an intelligent solution around the 2018 theme of "Smart Transport for Intelligent Cities." The competition was held recently at the Dubai World Trade Center.

Six universities from the 30 that submitted projects made it to the shortlist and were asked to display their projects at the three-day exhibition. The AUS team placed second in the Judge's Choice and People's Choice awards.

“We created a device that records two minutes before, during, and after of an accident and it connects it to a user-friendly mobile application where users can see the relevant parameters and a video of the accident. It is based on a signal microcomputer board, camera and a set of sensors. The competition provided us the opportunity to display and present our projects to the visitors at Gulf Traffic.”

The competition was open to undergraduate and graduate students studying in the Middle East.