Female filmmaker and social advocate Becky Beamer: “It all starts with a good story” | American University of Sharjah
Skip to main content
S 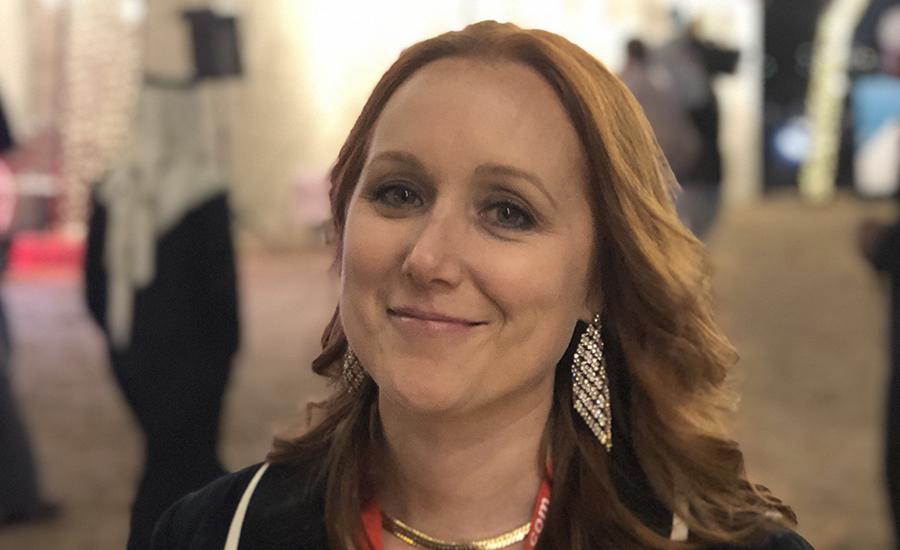 Female filmmaker and social advocate Becky Beamer: “It all starts with a good story”

Becky Beamer, Assistant Professor in the College of Architecture, Art and Design (CAAD) at American University of Sharjah, has spent the last 20 years in the realm of non-fiction filmmaking, telling stories of social injustice and advocating for human rights. As an educator, Beamer is driven to empower students to pursue their own passion as filmmakers and storytellers, and to correct the disparity of female representation among filmmakers.

Beamer’s goal is to see the ideology and the eye of the female filmmaker equally funded, appreciated and supported. The opportunity to live in the UAE and work at AUS was particularly appealing to her for this reason

“The world is asking for diverse representation in the arts, and filmmaking is no different,” she said.

Typically, Beamer’s films focus on issues of social injustice, telling the stories of people and places that would otherwise remain underreported—from women’s reproductive rights in Zambia, to innovative entrepreneurial refugees in Jordan, to a reflective Emirati poet living in Ras al Khaimah.

“You could say I’m hardwired to do this,” said Beamer, who recently received international acclaim for her documentary short film PSYCAP, which was featured at the Socially Relevant Film Festival in New York last month. The film was produced with her colleague, Dr. Kim Gleason from the School of Business Administration at AUS.

This month, she is expected to complete post-production on her biggest project to date: a feature-length documentary film entitled Machine: Vivat Apparatus, made possible through a faculty research grant from AUS and the support of colleagues such as Associate Professor Patrick Rhodes from CAAD’s Department of Architecture. The film works to dismantle systemic racism, biases and weapons of oppression that surround a secret society—nicknamed The Machine—at the University of Alabama, where Beamer earned her Master of Fine Arts (MFA) and worked at the Center for Public Television.

“Everything that I have been working for up to this point is culminating in this feature documentary film. I’m very excited about it,” said Beamer.

“This documentary highlights the universal threat to democracy that is alive in the greater American political machine. It’s about a lawyer, a pizza-maker and a student who seek justice for their community by fighting toe-to-toe against a secret society—The Machine. For one hundred years the University of Alabama has protected this secret society, thus protecting the status quo. But how do you defeat an entity that doesn’t ‘exist’? Curious, right?” said Beamer.

Equally committed to her filmmaking as she is to her students, Beamer credits the pursuit of her dual career to two of her own high school and university teachers.

“There were moments in my life that I can point to in which teachers made a huge difference in my career trajectory. In high school, I had an art teacher who really pushed me in the direction of the arts, and in college, I had a professor who supported my interest in filmmaking by encouraging me to be the camera person for our class project,” she said.

“Teaching in higher education gives me an opportunity to (hopefully in a positive way) influence students’ direction towards filmmaking, specifically in socially engaged documentary production projects.”

A film graduate of the prestigious Pratt Institute in New York and former Fulbright scholar, Beamer took advantage of internship opportunities at New York Life Insurance Company and National Geographic before starting her own freelance career.

While the life of a documentary filmmaker may be a less glamorous and less profitable path, Beamer values the opportunities her career choices have afforded her.

“I’ve been able to travel the world for this job, and I get to wear many hats. I don’t have one specific job as you do on a big-budget feature film. I’m doing the logistics, running second camera, asking the questions, driving the car, even picking up lunch. You do what you do to get it done. And I do that because I love it,” she said.

“Documentarians work for years, many years, working on one project in order to be able to follow it from start to finish, and sometimes many, many years after to follow the story to some kind of completion. We are a group of motivated people.”

To aspiring filmmakers, Beamer says the most important thing is to start with a good story.

“Regardless of your class, age, gender, race, background, it doesn’t matter who you are—anyone can pick up a camera or an iPhone and start recording. People will forgive jumpy footage and low-quality audio if there’s a good story. They’d prefer glamorous footage and perfected audio, but the most important thing is the story,” she said.

“Make a film and put it out there into the world, because that’s how you start changing minds and perspective and offering something that people maybe didn’t know about,” she said.

Beamer’s new feature film is expected to be released this summer. For more information about her work at the College of Architecture, Art and Design at American University of Sharjah, visit www.aus.edu/caad or to see her films, visit www.BeckyBeamer.com.